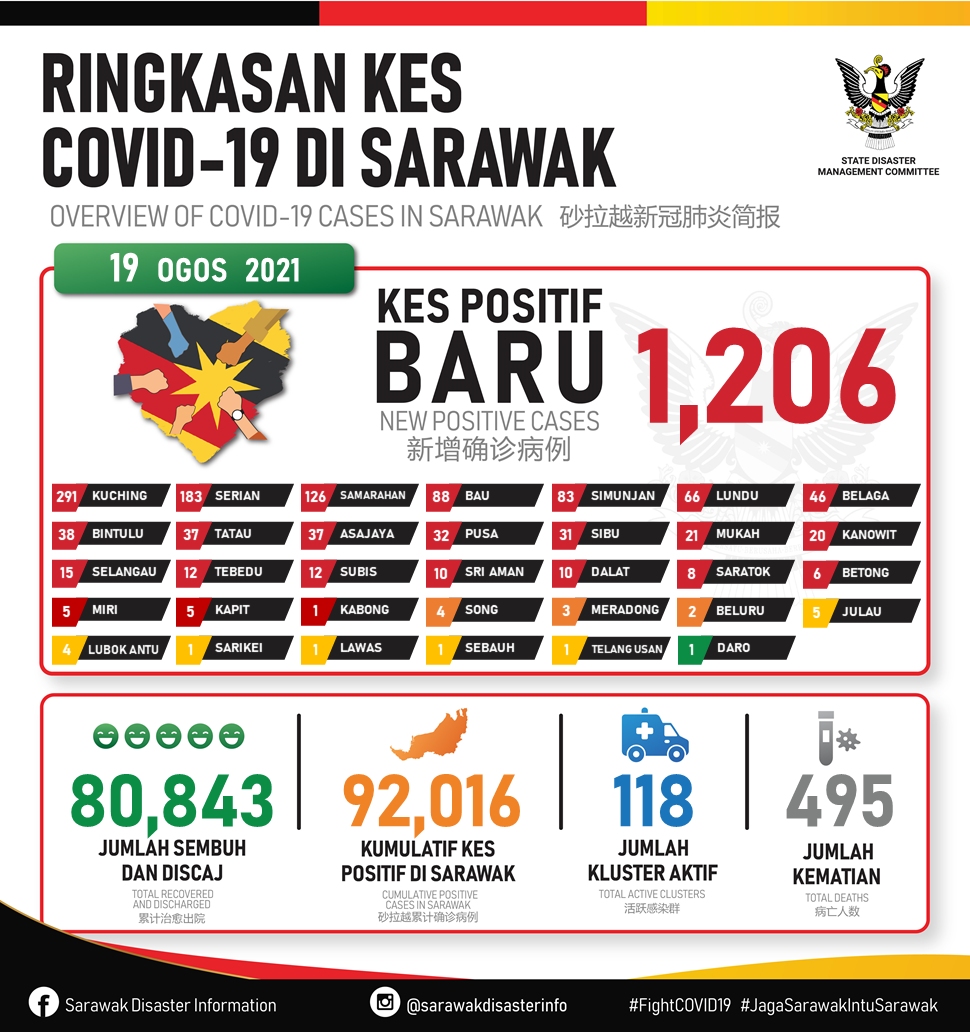 “He passed away at Bintulu Hospital and had a medical history of high blood pressure, diabetes and final stage kidney disease.”

The 493rd fatality was a man from Kuching aged 59, who tested positive on Aug 8.

“He passed away at SGH and had high blood pressure and cancer.”

The 495th fatality was a man from Kuching aged 69, who tested positive on Aug 14.

He passed away at SGH and had high blood pressure, diabetes and asthma.

Sarawak recorded a slight drop in the number of new cases with 1,206 recorded on Thursday, bringing the cumulative total to 92,016.

“Kanowit recorded 20 cases, Selangau with 15, both Tebedu and Subis each has 12 cases, Sri Aman and Dalat each has 10 cases, while Saratok recorded eight cases.

SDMC also mentioned that there was one Import A case coming home from the Netherlands and two Import B cases, both coming back from Kuala Lumpur.

Meanwhile, 646 people have recovered and discharged from hospitals and, quarantine and low-risk treatment centres (PKRC) statewide.

In another development, the Everrise 4th mile outlet said it would be closed from Aug 19 (Thursday) until further notice.

“We will arrange for sanitisation work to be carried out as per Ministry of Health requirements.

“The health and safety of our customers and staff are our top priority and we urge everyone to take their own precautionary measures to protect themselves from Covid-19,” said the Everrise management.