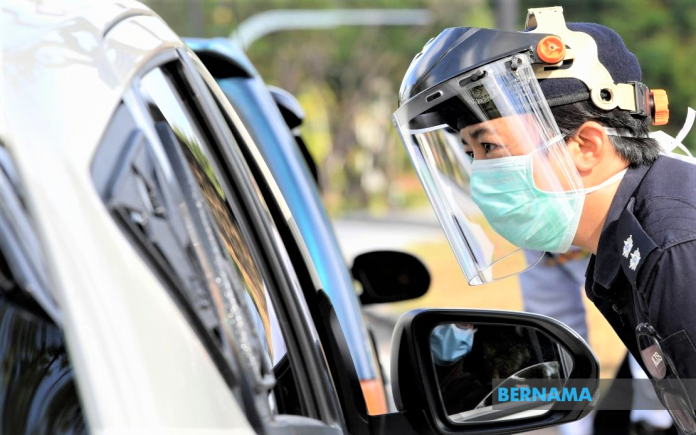 Senior Minister (Security Cluster) Datuk Seri Ismail Sabri Yaakob said, at a special ministerial meeting on the MCO held this morning, it was decided that the directive also applied to employers of private businesses which have been defined as essential services.

Ismail Sabri said the letter was to facilitate the movement of workers staying far from their work places, especially those requiring to travel inter-state or inter-district.

“At the roadblocks some of them (public and private sector workers) were forced to turn back as they could not show proof that they have been directed to work.

“The letter should be brought along when travelling to and from work, to be presented to the police manning the roadblocks,” he told a press conference here.

The MCO imposed by the government from March 18 to 31 was a measure to contain the spread of Covid-19 in the country.

Meanwhile Ismail Sabri reminded that apart from those working in the essential services sector, inter-state or inter-district travel is strictly prohibited throughout the MCO period with the exception of emergencies such as death in the family or cases requiring medical attention.

The senior minister added that in the meeting it was also agreed that food expenses for all students of public and private institutions of higher learning, living in hostels or colleges during the MCO, would be borne by the government.

Ismail Sabri said the government has left it entirely to the administration of the respective higher learning institutions in dealing with the implementation and distribution of the food aid.