The Minister in the Prime Minister’s Department (Religious Affairs) said the SOP would be further discussed and scrutinised in a meeting with Prime Minister Tan Sri Muhyiddin Yassin later today.

“I want to discuss it today so that we can bring it to the Cabinet meeting tomorrow,” he told a press conference at the Ramadan Musaadah Inspiration Programme organised by the Islamic Economic Development Foundation (YaPEIM) here today.

Zulkifli said the views collected from the meetings would then be presented to the Yang di-Pertuan Agong Al-Sultan Abdullah Ri’ayatuddin Al-Mustafa Billah Shah, the Conference of Rulers and the religious authorities.

“That is our procedure and will always consider suggestions from the Health Ministry and the National Security Council in formulating the SOP,” he said.

When asked on Perlis’ decision to allow conditional Friday prayers beginning May 15, Zulkifli said the matter under the state’s jurisdiction.

On Aidilfitri prayers, Zulkifli said the ministry would specifically discuss the matter soon.

Meanwhile, Zulkifli said to date, YaPEIM had disbursed RM1.75 million from its trust fund to 76,976 beneficiaries in 365 locations since the MCO began on March 18.

The aid was given through YaPEIM Foodbank 2.0 programme and Ramadan Musaadah Inspiration programme.

“Today, 650 families will receive contribution of basic necessities with an allocation of RM32,500. The contribution will be distributed by the security forces personnel and several government agencies,” he said.

Meanwhile in KUANTAN, the Pahang state government will present its proposed SOP to allow the Muslims to perform congregational prayers during the CMCO, to the National Security Council and the state’s Health Department.

State Religious Affairs, Education and Health Committee chairman Datuk Seri Syed Ibrahim Syed Ahmad said the health and safety of the people remained as top priority in outlining the SOP so that no new transmission of Covid-19 would emerge.

“The SOP among others would limit the congregational prayers to low-risk individuals. We also planned to make registration compulsory to prevent people at risk from joining the prayers,” he said, adding that those who wanted to join the prayers must bring their own prayer mat and wear face mask.

Pahang had postponed all religious activities including Friday prayers in mosques following the enforcement of the MCO since March 18 to contain the spread of Covid-19. – Bernama 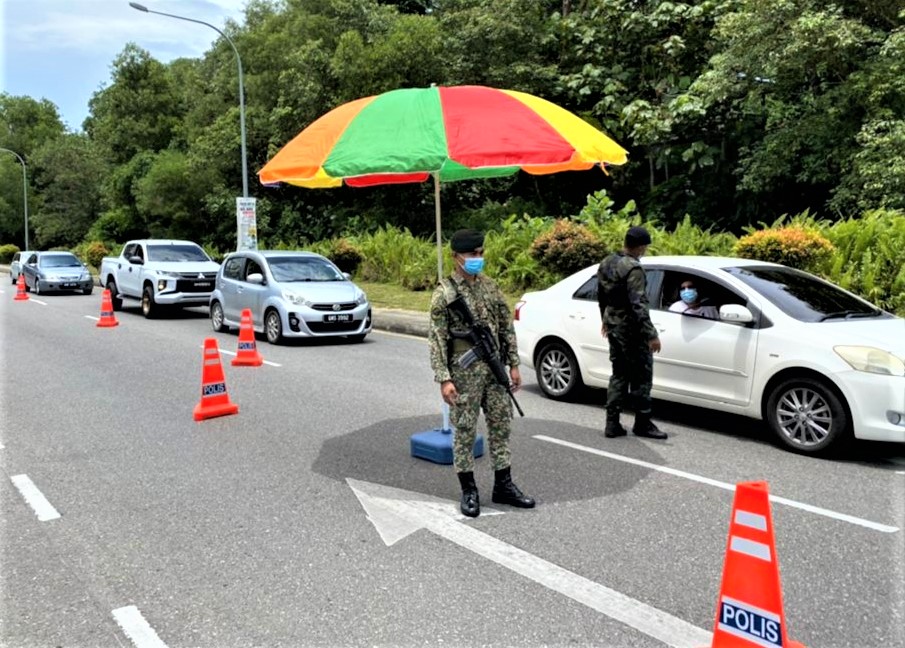 Over 5,000 vehicles ordered to turn back nationwide