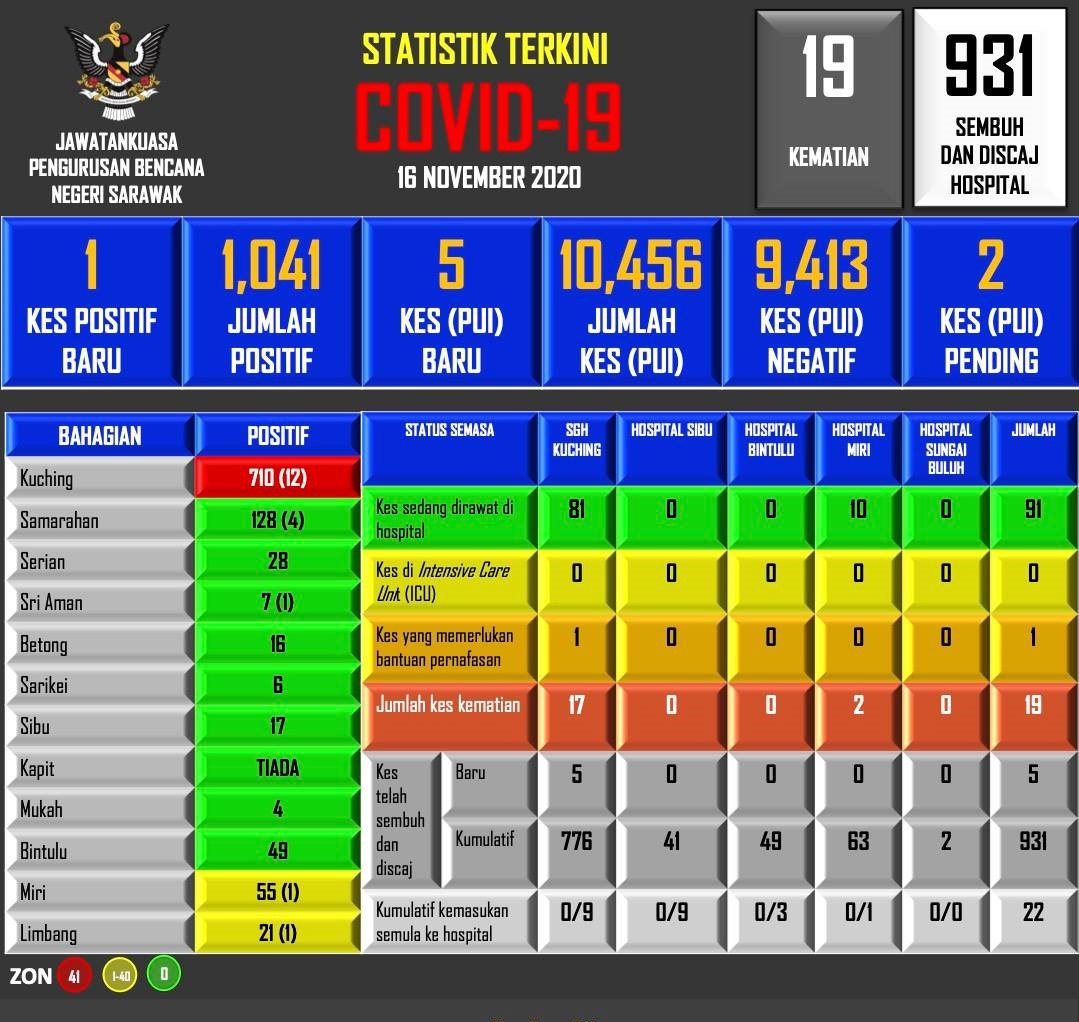 KUCHING: Sarawak recorded one new locally transmitted positive Covid-19 case in Miri on Monday (Nov 16), bringing the tally of cases in the state to 1,041.

“The case was first screened through close contact detection with cases 829 and 883 on October 28 and tested negative on October 31.

“The case did not experience any symptoms and was admitted to Miri Hospital for further treatment. This case is detected under the Greenhill Cluster,” he said during the Covid-19 daily update press conference here on Monday.

Meanwhile, five new cases have recovered and allowed to be discharged from hospitals.

This brings the total recovery and discharged cases in the state to 93 or 89.43 percent.

There are 91 cases still receiving treatment in hospitals. Out of this, 81 are in isolation wards in Sarawak General Hospital and 10 in Miri Hospital.

On person-under-investigation (PUI) cases, five new ones were reported while two are awaiting their laboratory test results.

With no deaths reported, the state’s death toll remains at 19 or 1.93 percent.

Polls ok but under strict SOPs