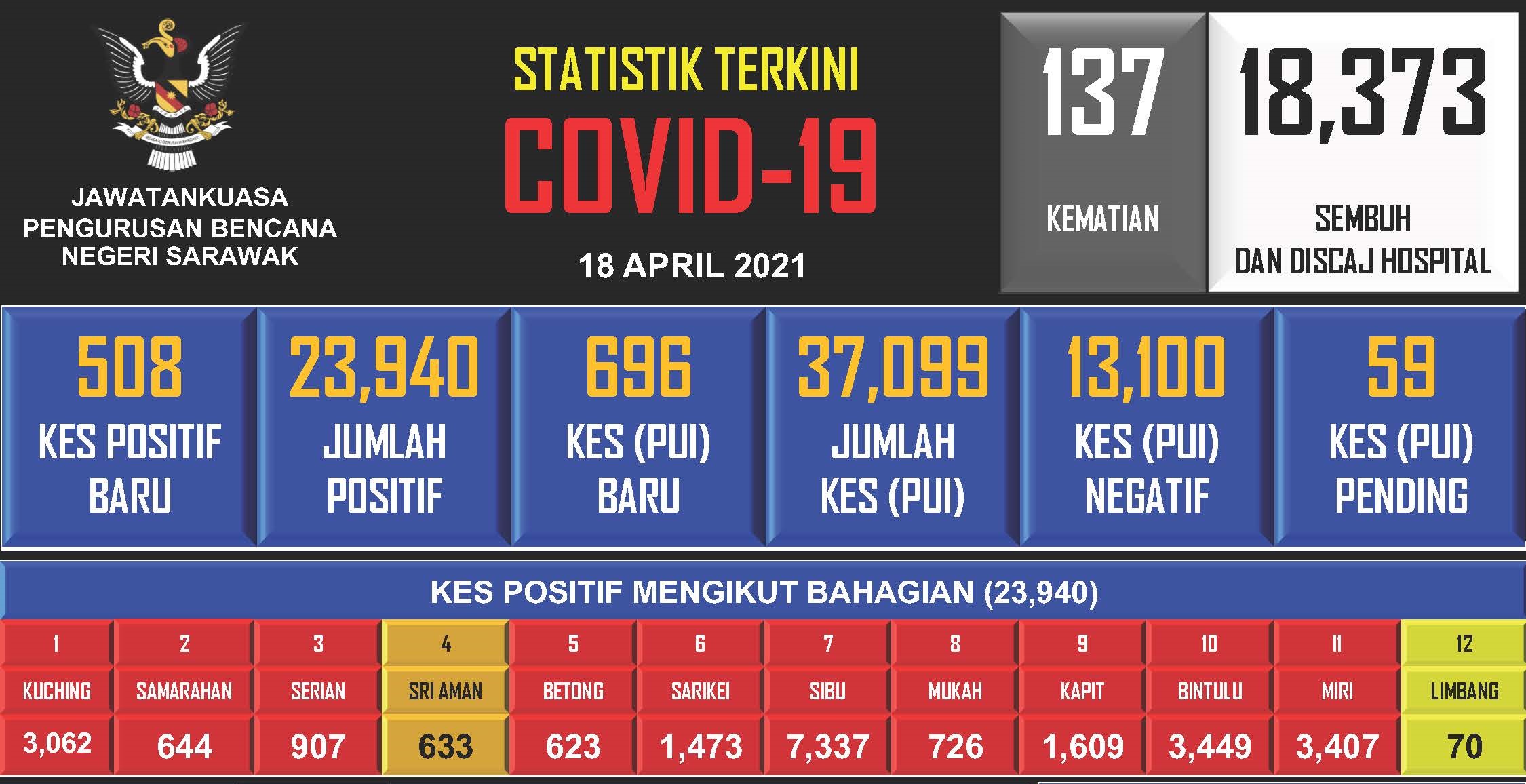 KUCHING: Sarawak recorded one fatality and 508 new cases on Sunday (Apr 18), pushing the state’s tally of positive cases to 23,940.

Sarawak Disaster Management Committee (SDMC) in a statement said the fatality involved a 58-year-old local man who was referred to Sibu Hospital after he underwent screening of symptomatic individual at a health clinic.

“He had cough for a few days and his rT-PCR test was found positive on Feb 27. His health condition deteriorated and he passed away on Apr 16.

The committee also revealed that a total of 295 patients had recovered and were discharged on Sunday.

“This brings the number of recovered and discharged cases thus far to 18,373 or 76.75 percent of the total number of Covid-19 cases in Sarawak,” SDMC added.

There are still 5,364 cases being isolated and treated in PKRCs and hospital wards.

A total of 696 persons-under-investigation (PUIs) were reported with 59 PUIs awaiting laboratory test results. 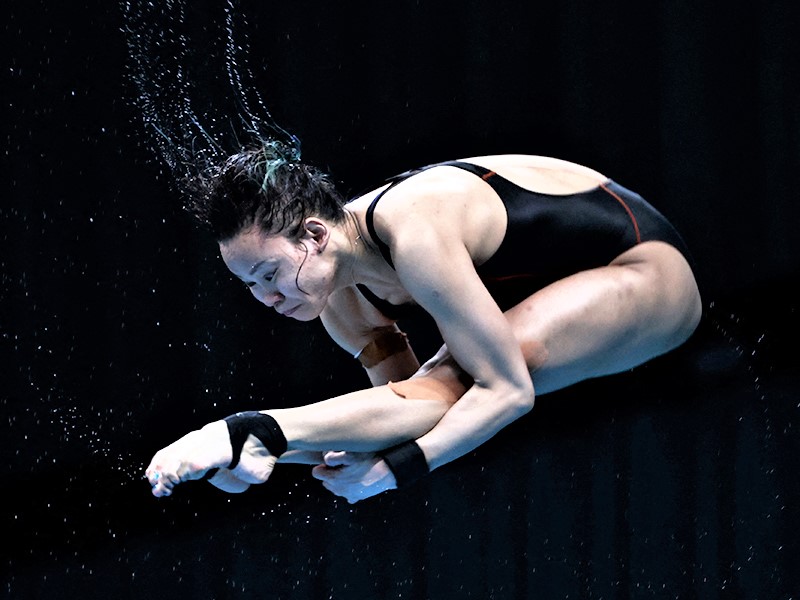 Congratulations pour in for Pandelela 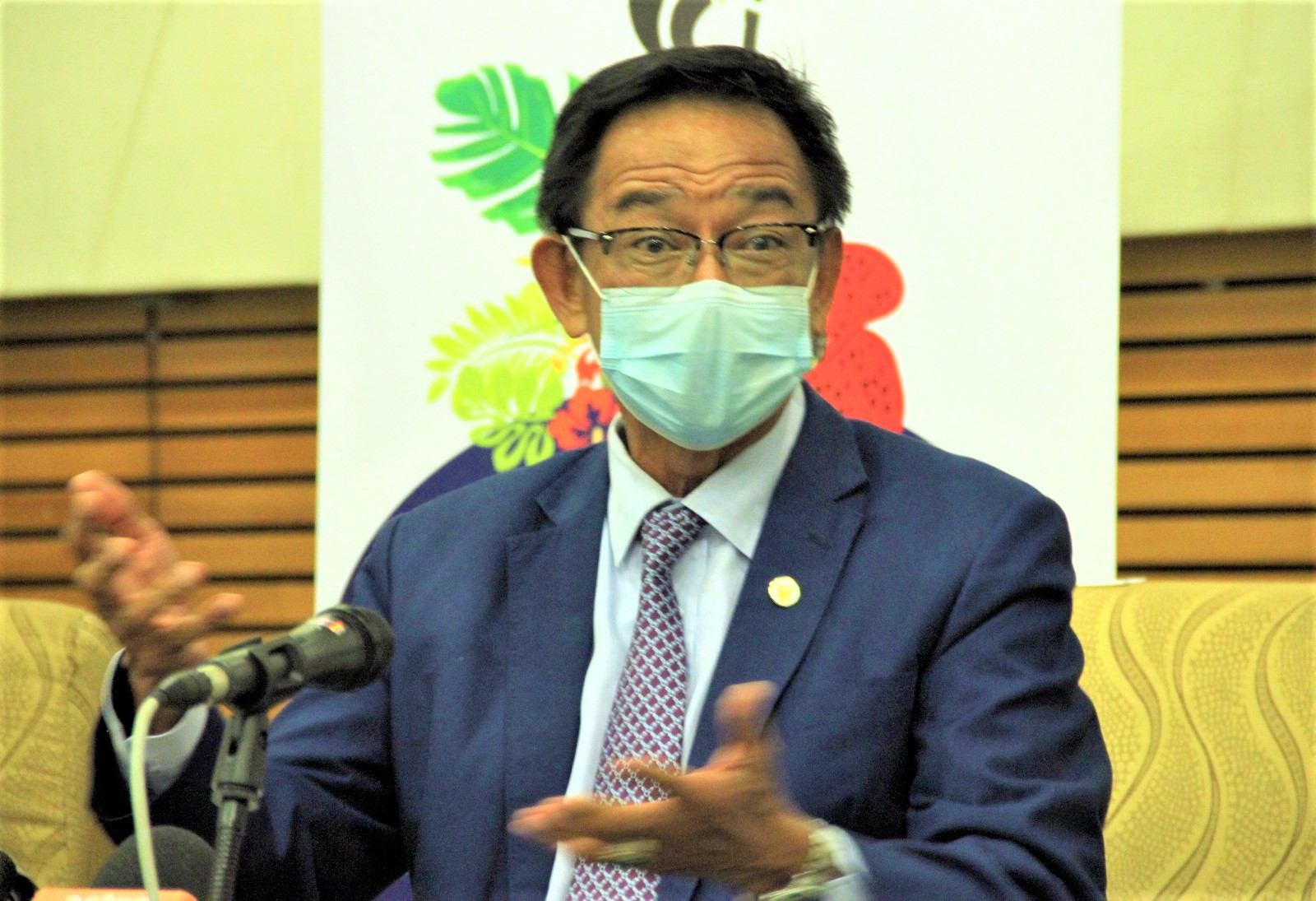 FINA gold means much to state and country