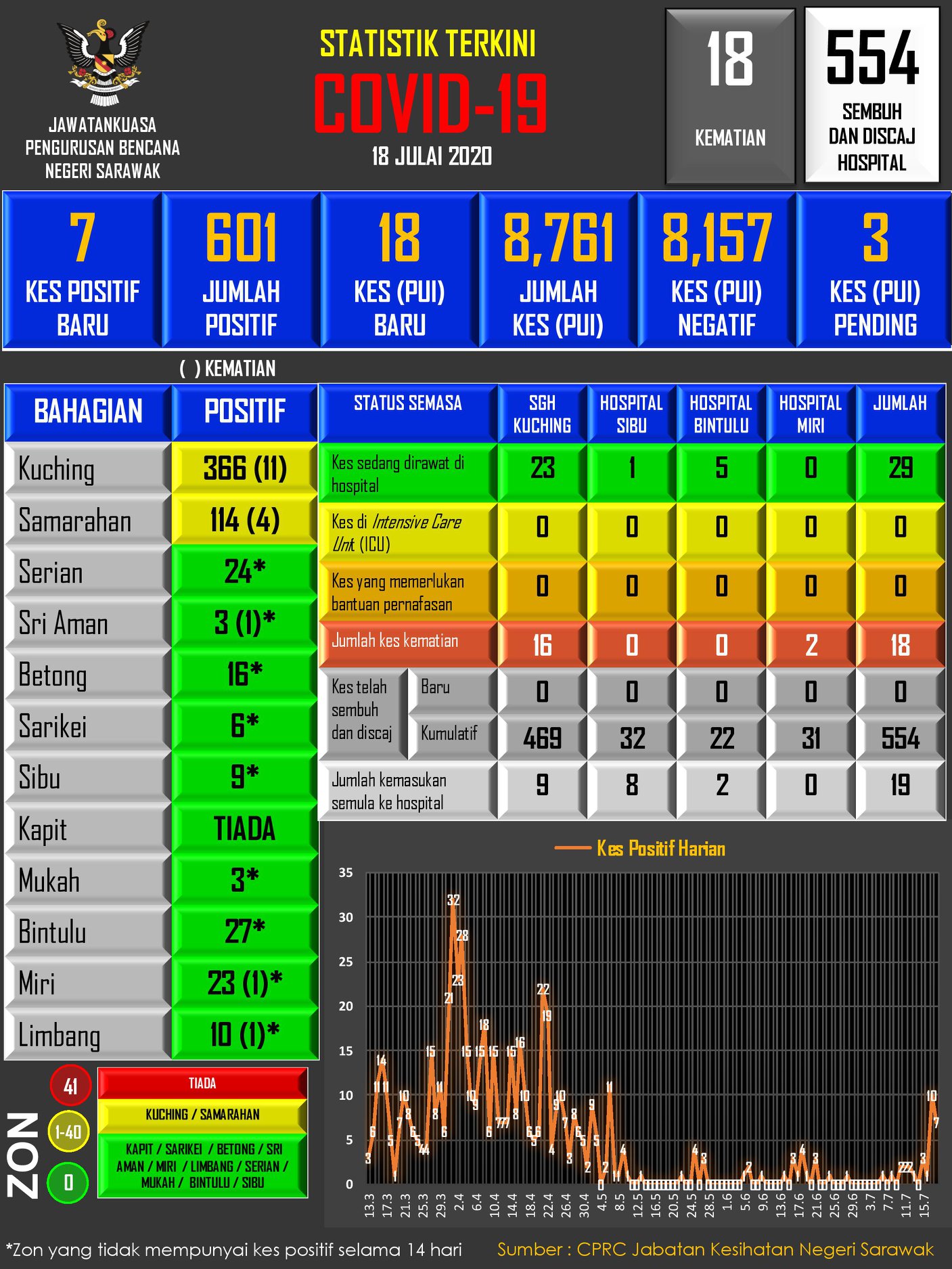 KUCHING: Sarawak recorded seven new positive Covid-19 cases on Saturday, bringing the total number of positive cases in the state to 601 to date.

It said the first case is a local who returned from Singapore on July 12 and had a one-night transit in Kuching. After arriving at the Kuching International Airport (KIA), the patient was sent straight to a quarantine hotel in Kuching and continued the journey to Bintulu on the same day. A second test was taken on July 16 and found to be positive.

Another case involved a local who returned from Indonesia on July 5 through Kuala Lumpur International Airport (KLIA) and to KIA on July 6. After arriving at KIA, the patient was also sent straight to a hotel to undergo quarantine for 14 days. The Covid-19 test result on the second day was negative. However a similar test on the tenth day came back positive on July 17.

Meanwhile, another local case involved a foreign woman who went for a Covid-19 test at Batu Kawah Health Clinic for the purpose of making a trip back to her country of origin. The rT-PCR test on July 17 found the patient to be positive. This case is a local infected case because the patient had no history of travelling overseas before 2019.

Another case involved a senior citizen who is from Sri Aman and staying in Kuching. The patient had been asked to undergo bronchoscopy test in Bau Hospital and on July 17 and the rT-PCR was done before the health examination. The test result was Covid-19 positive and the case in under further investigation.

The two other cases are local citizens following active screening on traders in the Stutong market. They did not show any signs and symptoms of the virus. The cases are local infection because they did not have a history of traveling abroad. Further investigations are still underway and close contact tracing are ongoing.