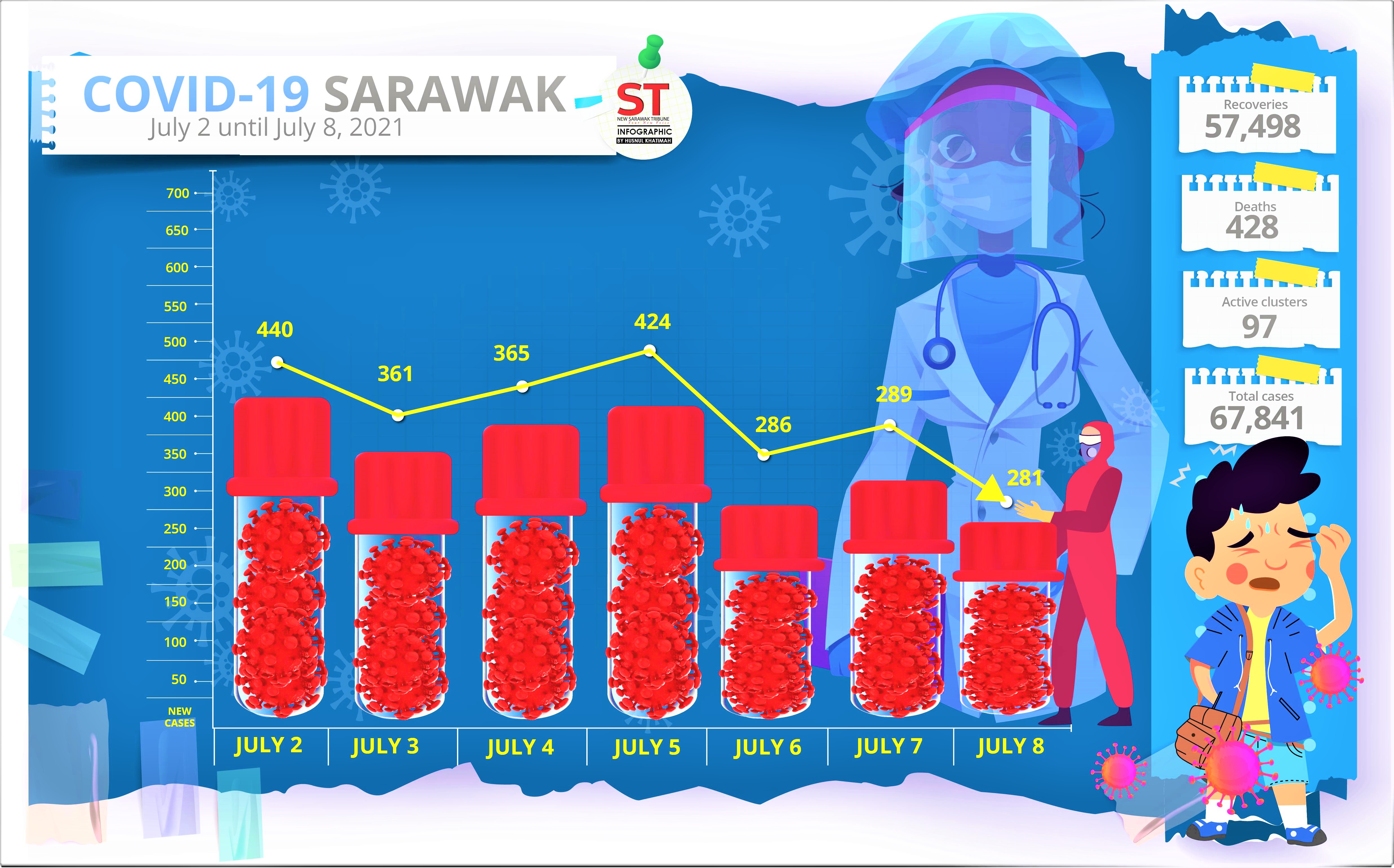 There were eight new cases reported in Serian; Miri (seven); Bau (six) while Subis and Sarikei each recorded four cases.

On another note, the committee disclosed that there were 426 new recoveries and discharges from hospitals and low-risk treatment centres (PKRCs) statewide.

These bring the total number of recovered and discharged cases thus far to 57,498 or 84.75 percent.

There are 9,758 individuals still undergoing treatment at PKRC and isolation wards in the state.