Support for anti-smoking Bill to determine success of tobacco GEG 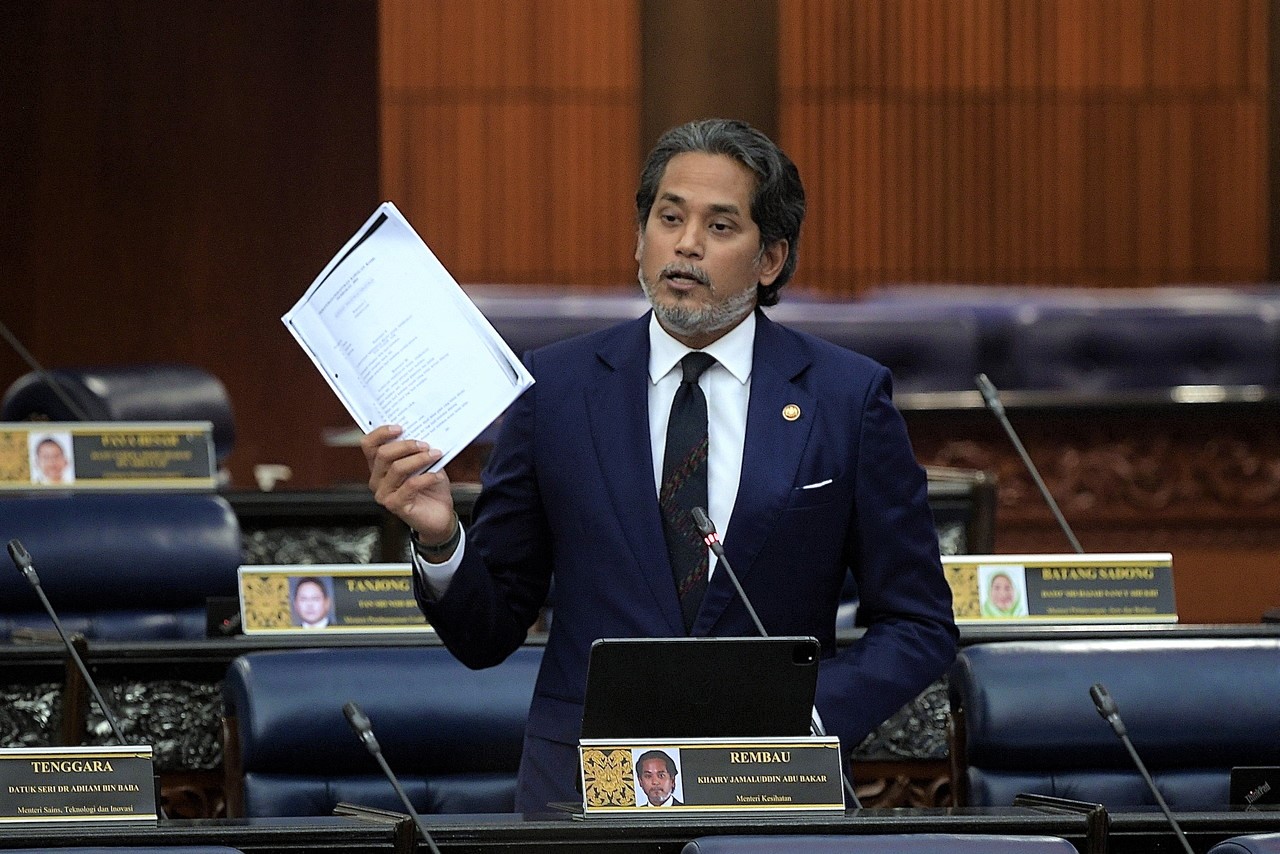 KUALA LUMPUR: A decade after seriously embarking on efforts to control smoking, the Ministry of Health (MOH) finally succeeded in creating history by presenting the Tobacco and Smoking Control Bill 2022 to the Dewan Rakyat on July 27.

The Bill, which was tabled for the second reading yesterday, seeks to prohibit those born on and after Jan 1, 2007, from purchasing or possessing cigarettes or vape products.

Health Minister Khairy Jamaluddin has repeatedly stressed the importance of the proposed law – also referred to as the tobacco generational endgame (GEG) law – saying that it can save a total of two million lives in this country up to the year 2040 and prevent premature deaths caused by diseases related to smoking.

“If it is approved (by Parliament) and GEG is successfully implemented, two million lives can be saved.

“There are not many laws in the country which can save that many lives (and) because of this, I’m appealing to all Members of Parliament to vote for the Bill,” he said at a special interview on the Tobacco and Smoking Control Bill 2022 in Putrajaya last Friday.

It also states that any person born on and after Jan 1, 2007, caught purchasing tobacco products, smoking substances and substitute tobacco products or smoking devices may face a fine not exceeding RM5,000 upon conviction.

High cost of treatment
It has been reported that the yearly expenditure incurred by the government in treating health complications caused by smoking is over twice the revenue derived from cigarette sales.

In 2020 alone, the government spent a hefty RM6.21 billion on treating diseases caused by smoking, and treatment costs are expected to escalate to RM8.77 billion by 2030.

Meanwhile, the cost of treating a patient with e-cigarette or vaping use-associated lung injury (EVALI) comes to more than RM150,000 for 12 days of treatment in a hospital.

Head of the Tobacco Control Sector at MOH Dr Noraryana Hassan said the Tobacco and Smoking Control Bill needs to be supported by all relevant parties in order to control the harm caused by the use of tobacco products, which result in the death of an estimated eight million people worldwide every year, including over 27,000 in Malaysia.

Besides saving lives, the Bill will also regulate the sale of electronic cigarette and vaping products which has yet to be regulated in Malaysia.

“All the controls outlined under the Bill will bring about a reduction in the percentage of smokers, the impact of which will be seen later when there is a drop in the nation’s expenditure, particularly in terms of treating diseases caused by smoking, including EVALI,” she said.

Dr Noraryana, who was involved in drafting the Tobacco and Smoking Control Bill, stressed that it is time for all parties to view this Bill seriously considering that modern smoking products such e-cigarettes and vapes do not come under the control of the Food Act 1983 as the liquid solutions used in vaping do not contain tobacco. Only the use of tobacco-based products comes under the control of this Act.

Impact of not passing Bill
Explaining the impact if the Bill is not passed by Parliament, she said the GEG cohort will continue to be exposed to the smoking habit after they attain 18 years of age.

As it is, the incidence of smoking among 18-year-old adolescents is high, as reflected by the findings of the 2019 National Health and Morbidity Survey.

Dr Noraryana also said that the lower quality of life caused by smoking-related diseases and complications will affect the nation’s productivity.

“The amount of working time affected, including time spent smoking while on duty, also needs to be taken into account,” she said, adding that studies have shown that smokers experience a lower quality of life compared to non-smokers. – BERNAMA

Previous articleMan jailed for 12 months for attacking another man with axe
Next article142.56 tonnes of sugar stranded at Labuan port