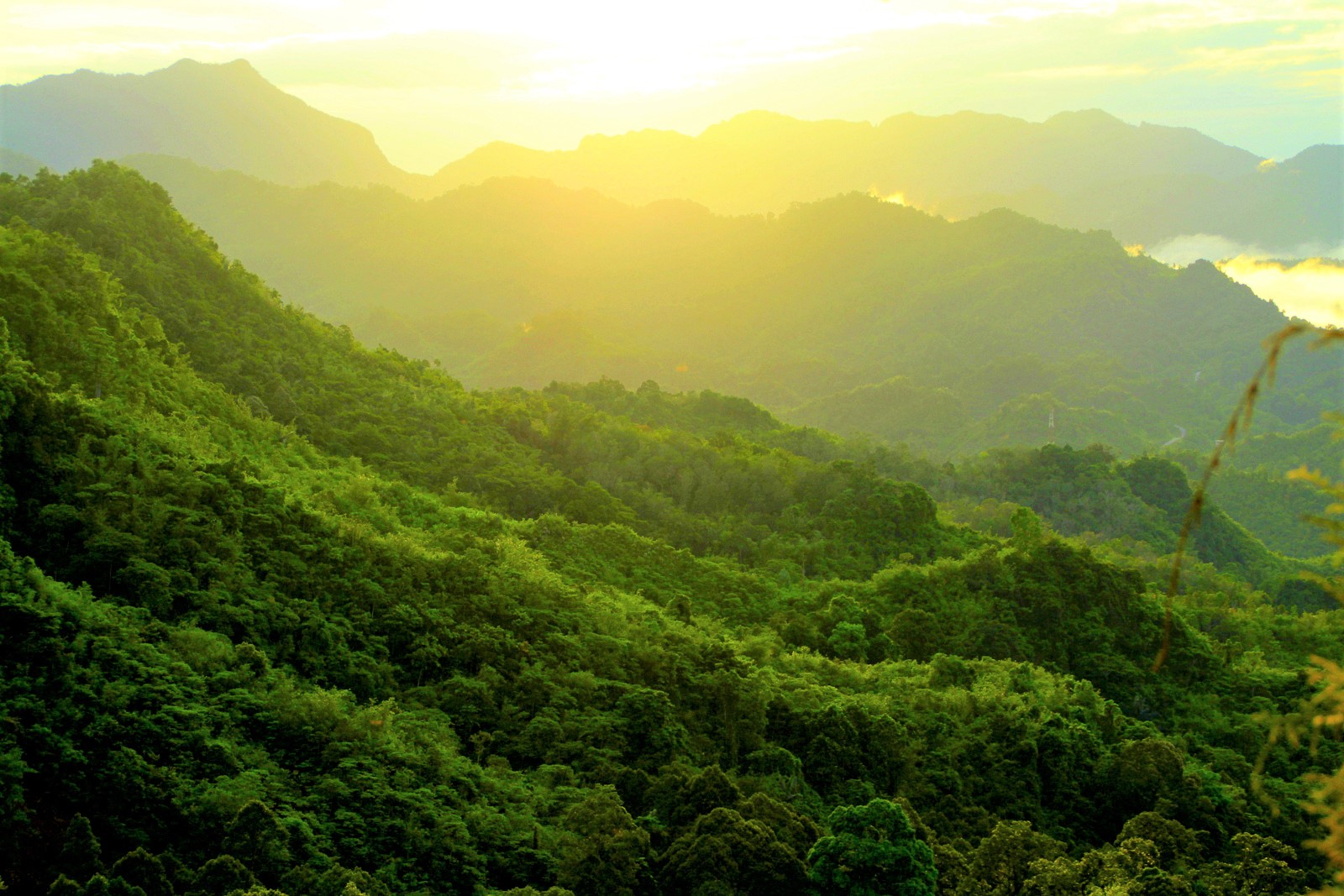 Nestled at the foothills of Ulu Padawan is Kampung Sapit, home to some 450 Bidayuh Biya people who settled at the picturesque Borneo Highlands marking the border to Kalimantan.

On the road for development

Located about 65km away from the city, getting to the quaint village of Kampung Sapit in the Borneo Highlands is quite a harrowing experience as the road that leads up to the village is very narrow and the path is partially gravelled.

That distressing experience, however, disappears once you set your eyes on the stunning mountain view as you arrive, uncovering the hidden treasure of the village’s serene atmosphere.

The people of Kampung Sapit were also very warm and welcoming, amidst their calm and placid lifestyle.

How Sapit got its name

Spending an overnight at this interesting little village was in indeed a meaningful experience.

Surrounded by spectacular greenery and hills, the village was actually void of road access during its early days.

The only mode of transport available was to walk in the middle of the jungle with a few rattan bridges connecting Sampit to nearby villages. And the journey would usually take somewhere around four hours.

Kampung Sapit was named according to the village’s attributes. Small and narrow, the 180 year-old village was named Sapit, derived from the Malay word ‘Sempit’, which means ‘very little space’ and ‘cramped’.

Headman Yuyuh Gumi recalled that the founder of the village was his forefather named Tunjai.

“They had to build their house here in Kampung Sapit because of the limited space in the old village of Gun Tembawang.

“Two years later in 1880, Nangoh and his family followed Tunjai and settled here. In the early days, there were only four houses in this village,” he told New Sarawak Tribune during a recent Gawai Dayak visit trip to Kampung Sapit.

Most of the village folks converted to Christianity through missionary works by churches in the neighbouring towns during the post-independence days. They soon left behing their traditions and pagan practices.

Yuyuh said that as a result of the mass conversion, many Bidayuh abandoned ritual practices as it is deemed evil.

“Beginning in the 80s, ritual practices which involves the transition of the spirit are strictly prohibited. The Biya Bidayuh today no longer practise paganistic rituals or performance.

Back in the days when our forefathers were still pagan, they need to abide by strict taboos and intricate guidelines when performing Gawai rites,” Yuyuh shared.

As time changes, Kampung Sapit prospered along in size and appearance.
From zero road access to the gravel road which is undergoing construction at the moment, the village is on its way to develop.

“Look at this village now. Back then there were only four but now there are about 55 houses, home to 450 people and the government had provided public facilities like a football field, acommunity hall, a chapel, and many more,” Yuyuh added.

Whilst the work for road construction is still underway, Yuyuh also expressed hope that the village will be able to enjoy clean water and electricity supply in the near future.

“We also hope that a telecommunications tower will be built in this area so that our children will not be left behind in this era,” he said.