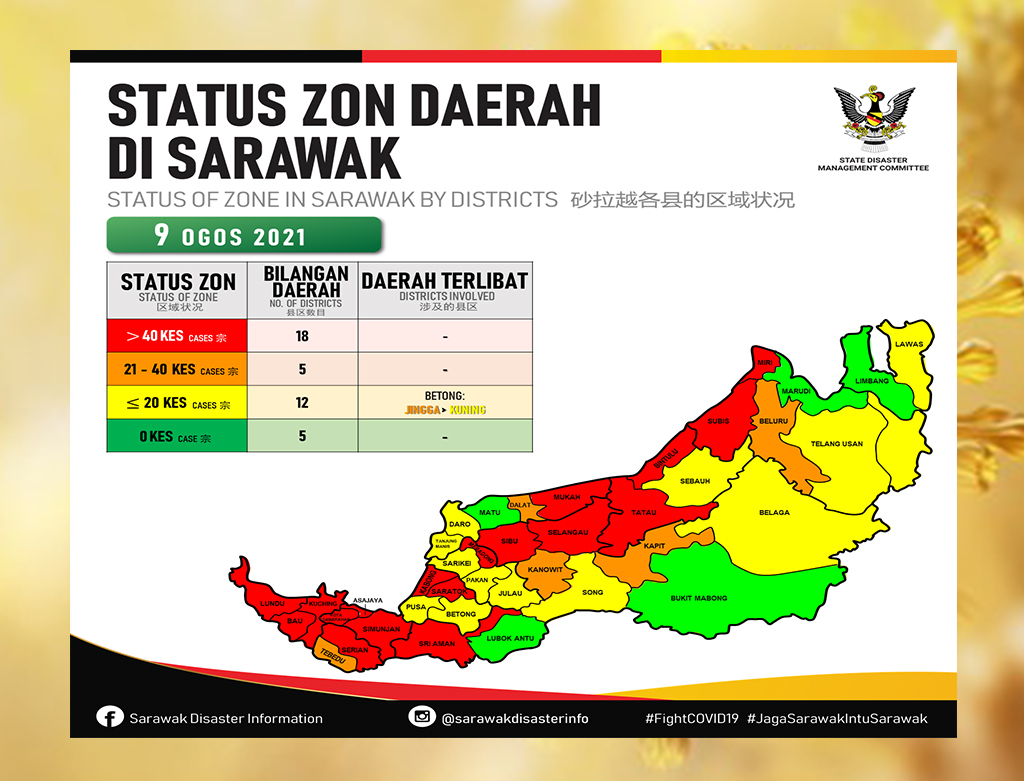 Of the 72 people who were tested, 41, including the index case, tested positive whereas 31 tested negative.

Of the 18 people who were tested, 12, including the index case, tested positive while six tested negative.

Of the 284 people who were tested, 78, including the index case, tested positive whereas 206 tested negative.

Of the 63 people who were tested, 10, including the index case, tested positive while 53 are still waiting for results. The cluster also recorded seven new cases on Monday.

All positive cases are now receiving treatment at Bintulu Hospital and Covid-19 Quarantine and Low-Risk Treatment Centre (PKRC) in Bintulu.

Meanwhile, SDMC reported the end of two clusters, namely Jalan Setia Raja Cluster in Kuching and Jalan Kidurong Lima Cluster in Bintulu, after no new cases from the two were reported in the last 28 days.

As of Monday, there are still 91 active clusters in Sarawak, with 14 recording 121 new cases while the other 77 did not record any new cases.

SDMC also reported that Betong District had turned yellow from orange status after reporting 19 cases in the past 14 days.

The districts of Bukit Mabong, Lubok Antu, Matu, Marudi and Limbang are the only green zones. Twelve districts are yellow zones.