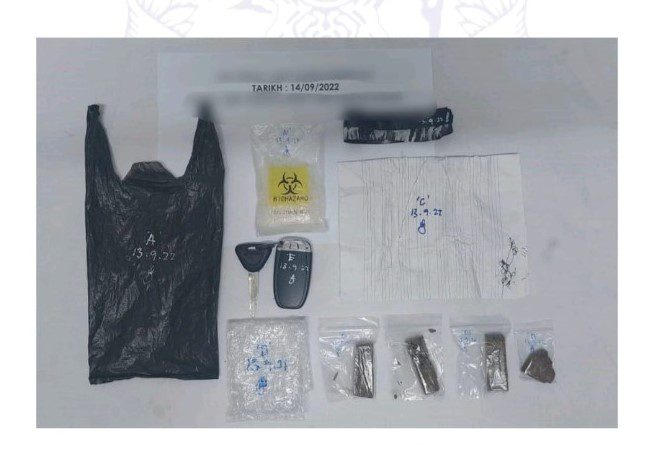 PADAWAN: An unemployed man was detained by police for possessing methamphetamine and marijuana worth RM9,125.50.

The 20-year-old unemployed man was detained by a team from Padawan’s Narcotic Criminal Investigation Division at the suspect’s sedan vehicle at café at Jalan Moyan at 11pm last night.

“The team arrested the suspect and then inspected the vehicle. They found one black plastic bag containing methamphetamine.

“A small package containing lumps of dried leaves suspected to be marijuana was also found at the vehicle’s arm rest compartment,” said the chief.

Abang Zainal said the methamphetamine is worth RM7,510 while the marijuana is worth RM1,617. A gold chain worth RM5,913 was also seized.

“The suspect admitted that he has involved with distributing drugs and got the drugs supplies from a known local man,” he added.

The suspect was tested negative for drugs through a urine test and also no prior records related to drugs.

The remand application for the suspect has been approved by the Magistrate’s Court today starting from Sept 15 to Sept 21.

The case is being investigated under Section 39B and Section 39A of the Dangerous Drug Act 1952.