KUCHING: Universiti Malaysia Sarawak (Unimas) is proof of the diverse services it offers to the community apart from being an educational institution.

Prof Datuk Mohd Fadzil Abdul Rahman, chairman of the Unimas Covid-19 Committee, told Sarawak Information  Department JaPen) the 1,000 doses were extended to 3,000 and 5,000 a day until it became a mega PPV.

“We have made certain that whatever activity carried out in other PPVs is used as reference.

“The Unimas PPV team has visited a number of different PPV centres, including Stadium Perpaduan PPV, to observe and understand how the vaccination procedure is carried out.

“From there, we brainstormed to figure out the best way to speed up the process, and we were able to come up with a solution.”

He explained that as a result of discussions with Unimas IT researchers, they managed to develop ‘Queue Vac’, which works automatically to reduce the process from five to three stops, excluding the method of filling out forms and only signing forms while the process generates other information through the system.

Prof Fadzil stated that his team was recently requested to provide assistance to doctors and nurses in three places in Kuching, namely Masjid Darul Hana, Segedup, and Bangunan Baitulmal as part of an outreach initiative, adding that they would send their doctors and nurses to help with the immunisation plan.

When asked about vaccine recipients who want a specific brand, he said the public should be aware that Unimas PPV received vaccine supplies sent by the Covid-19 Immunisation Task Force (CITF) Sarawak and the Ministry of Health (MoH).

“We have no authority to make any decisions other than administering vaccination to recipients.

“This vaccination must be seen in terms of its function, not its brand.”

On the anti-vaccine movement, he stated that the movement was excessively influenced by social media, which he later described as an unaccredited “expert” that occasionally makes false claims.

He opined that regarding health concerns, everyone should only follow World Health Organisation (WHO) updates as they would ensure that all health-related topics are monitored and approved in advance.

Prof Fadzil added there was a high probability the vaccine was being misunderstood as a cure when it was only supposed to reduce the risk of infection compared to people yet to be vaccinated.

“While the vaccine cannot completely guard against the virus, individuals who have previously been vaccinated will not develop a chronic infection if they catch it; thus, by obtaining our vaccination, we will be able to protect one another.”

He stated that people who believed in false news and refused to be vaccinated would become a problem to the country since they are contributing to the transmission of the virus.

“Don’t be fooled by false allegations about vaccines that are disseminated by some parties,” he warned, adding that the vaccines had been clinically tested by experts and totally safe.

Meanwhile, Azlan Ramli, Unimas registrar, said the vaccination process would begin with registration in the MySejahtera system, where recipients would be assigned a number, followed by vaccination and monitoring so that the process would be systematic, according to Unimas PPV operating hours of 8am to 9pm. 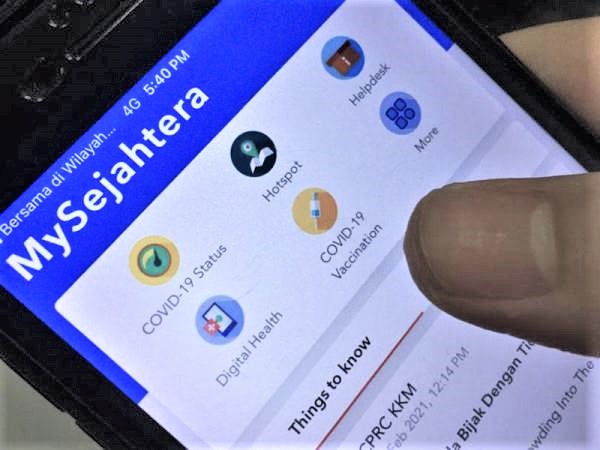