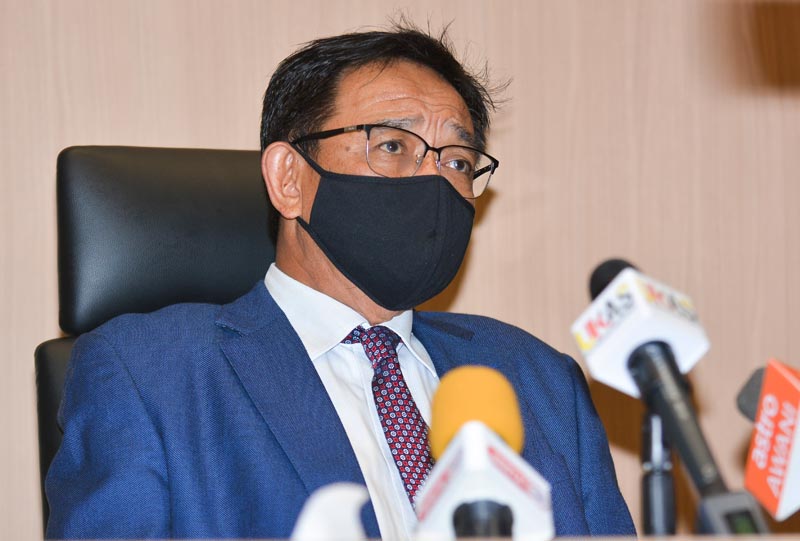 We will talk with PN leaders

KUCHING: Gabungan Parti Sarawak (GPS) will communicate with its federal alliance, Perikatan Nasional (PN) leadership on their stance in the run-up to

KUCHING: Gabungan Parti Sarawak (GPS) will communicate with its federal alliance, Perikatan Nasional (PN) leadership on their stance in the run-up to the 12th Sarawak state election.

“As far as I’m concerned, Bersatu is our friend in the federal government, and here at the state-level, they are our friend too.

“They are not our enemy because the federal government is PN + GPS, which means that GPS is PN alliance, not one of the components in PN.

“We will communicate with them to inform that we will still contest those seats that we have been contesting in,” he said when asked on the position of Bersatu in the state politics.

Asked whether GPS would consider giving way for Bersatu to contest in the next Sarawak state election, Abdul Karim opined that it would be best for all to hold the same wisdom in the spirit of cooperation.

“It is not to say that we do not want to give way to them.

“But there is always the spirit of cooperation, especially if you are friendly to each other. We don’t create animosity by going against each other.

“They also know that the local party (GPS) have been looking after the state very well,” he added.

He also said that Bersatu might have found out how the sentiment was on the ground.

“They do not have any seats in the current state assembly. They may have been doing their own survey to find out if they have got any chance of winning.

“We are confident of the ground support for GPS,” he pointed out.