KUCHING: Stigma from society regarding unwed mothers and lack of emotional support from family members are some of the reasons that lead to single or young mothers abandoning their babies.

Welfare, Community Wellbeing, Women, Family and Childhood Development Minister Datuk Seri Fatimah Abdullah said teenagers were often afraid or ashamed to tell anyone of their pregnancy, resulting in the dumping of babies.

“There’s no point blaming the girl anymore. Yes, parents can lecture them but the way forward is to support them (pregnant teenagers) so that they can have a future as they deserve a second chance,” she told the press after chairing a One Stop Teenage Pregnancy Committee (OSTPC) meeting via Zoom today.

She said the ministry through OSTPC and the Social Development Council would continue to aggressively address the issue of teenage pregnancy and baby dumping by conducting an integrated and holistic programme named Sexual Education Awareness and Advocacy (KAPS).

“While ensuring newborn babies are safe, the ministry also wants the welfare of the mothers, especially teenagers or unmarried teenage mothers, to be taken care of, and there are several support systems available for them.”

Fatimah, who is also OSTPC chairperson, said there is a shelter for pregnant teenagers at Taman Seri Puteri under the welfare department.

“There are cases where mothers are referred there by the court when it involved rape cases.

“However, we would also want pregnant teenagers to come forward if they need help as the shelter provides all the care such as support, counselling, food, accommodation, including sports, academic and vocational programmes such as tuition for SPM, PT3, sewing and culinary.”

Fatimah said besides that, ProLife Kuching, which is a Christian NGO that discourages abortion and baby dumping, also provided support system including counselling for pregnant teenagers.

“There are many that still do not know the availability of such support systems, and the government and NGO will continue to create awareness on the support systems for pregnant teenagers.”

She stressed that society at large too played a role in helping pregnant teenagers by showing support to them and stopping the stigmatisation. 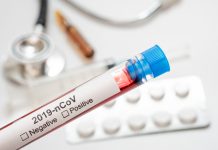