KUCHING: A motorcyclist died in a crash involving three other vehicles at KM13, Kuching-Serian road here on Saturday.

The 8.30pm incident involved a motorcycle, a sedan car, a multi-purpose vehicle (MPV) and a lorry.

“The victim was thrown off his motorcycle and landed in the opposite lane where he was struck by an MPV while his bike was dragged by a lorry,” he said when contacted yesterday.

Augustine was confirmed dead at the scene by paramedics due to severe head and body injuries.

The occupants of the other vehicles, however, were unharmed.

“The vehicles were brought to Padawan district police headquarters for inspections by Puspakom and the chemistry department,” Alexson added. 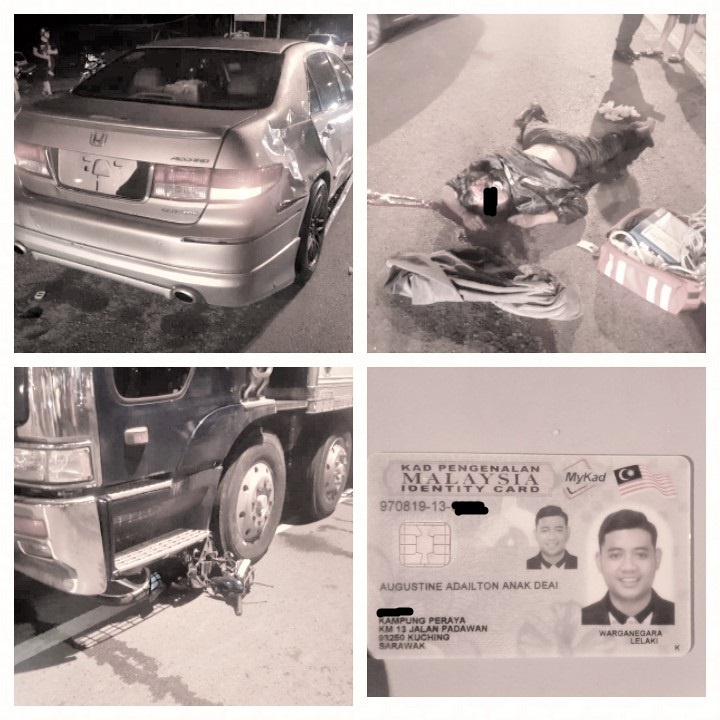