In a statement, the Minister of Water, Land and Natural Resources, said it is among the three conditions  laid out by the PH presidential council and should be agreed to by (BN) MPs who cross  over.

Besides that, he said in addition to recognising and supporting Tun Dr Mahathir Mohamad as the present Prime Minister, these MPs should reaffirm the same unwavering commitment for the Prime Minister in-waiting (PKR president Datuk Seri Anwar Ibrahim).

He added that these MPs should also commit themselves to the PH cause in bringing positive changes to the country through their support via en-bloc voting at the Dewan Rakyat for motions brought up by PH MPs as major changes by PH which are deemed positive for the rakyat (people) may require a two-thirds majority.

“Most importantly, they should now take the opportunity to state, reveal or whistleblow any other instances of corruption allegations involving current Umno leaders such as Datuk Seri Najib  (Tun) Razak  (former prime minister and former Umno president)  or Datuk Seri Dr Ahmad Zahid Hamidi  (former deputy prime minister and current Umno president) without fear or favour not just to the PH leadership but most importantly to the rakyat as well,” he said.

News of BN MPs mostly from Umno leaving the party in search of greener pastures amongst PH’s component parties or becoming independent in support of Dr Mahathir have dominated the headlines this week. – Bernama 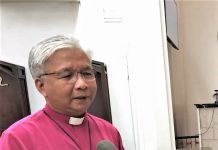