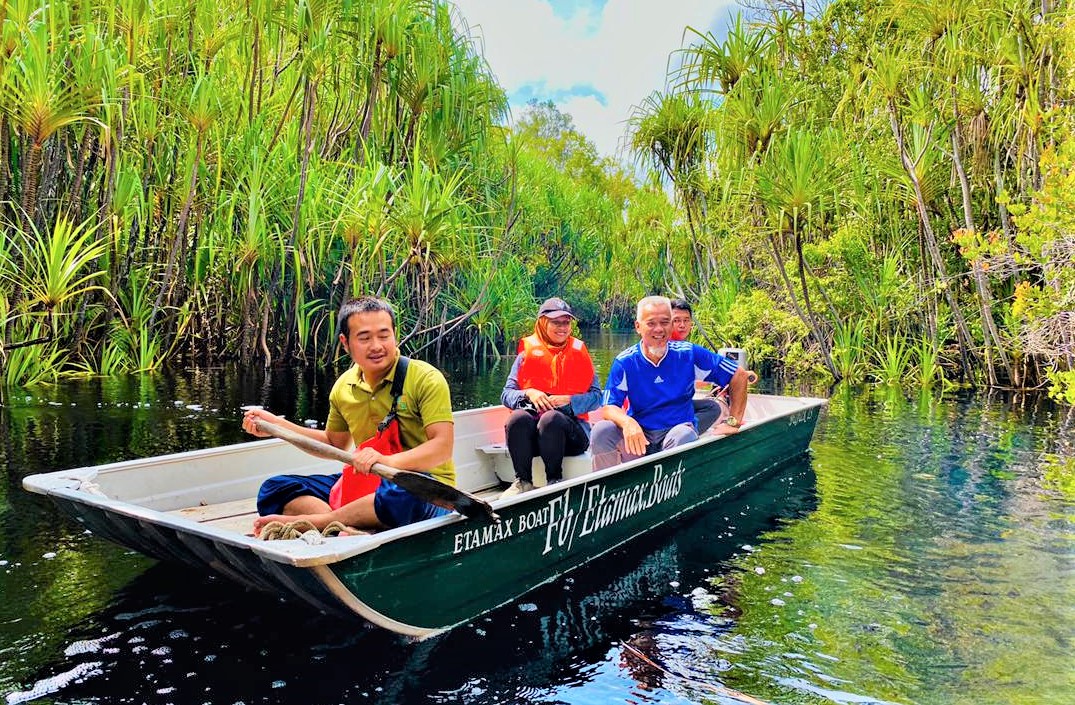 MALUDAM: About 420 species of flora and fauna can be found at the Maludam National Park, which is 53,568 hectares and a border that stretches about 105km.

The park, located between Sri Aman and Betong divisions, was gazetted on May 31, 2000. It is also the nearest national park to the Batang Lupar Bridge.

In fact, many believed that the construction of the bridge was expected to expand the park’s potential.

According to Maludam sub-district superintendent Noraini Aden, the park was the main habitat for proboscis monkeys, maroon leaf monkeys (lotong merah), and other primates.

“With 133 species of trees, 50 species of mammals, 11 species of reptiles, six species of amphibians, 192 species of birds and 28 species of fish, Maludam National Park can be described as a treasure trove of valuable natural resources that should be preserved for future generations.

“Visitors can see for themselves nature’s beauty, flora and fauna that are rarely found in other areas.”

She explained that the government had plans to develop the area in order to maintain its ecosystem and attract tourists, especially through the Sustainable Management of Peatland Ecosystems in Malaysia (SMPEM) Project.

“This project focuses on the preservation and conservation of flora and fauna within the national park.

“It also emphasises on activities that can be implemented for the local community to help improve their socioeconomy,” she said, adding that it was in line with the original purpose of creating the park in the first place, which was to protect the habitat of ‘Sarawak Langur’ or peat swamp forest.

Noraini added that the park was beneficial to locals, especially to help boost and increase the community’s income through tourism activities.

Among the opportunities were as tourist boat operators, homestays and small traders promoting local community products.

She, however, did not deny that the management was facing some challenges in caring for the park, which was once logged around the 1970s.

“For example, the easy and varied access, including through oil palm plantation roads and rivers.

“Besides that, the dependence of locals on forest products in national parks.

“Other challenges are related to the topography as well as the number of staff, assets and basic facilities of the Sarawak Forestry Corporation.”

When asked about the construction of the Batang Lupar Bridge, Noraini said that she was excited about the Sarawak government’s initiative, which would greatly benefit the area and the coastal population.