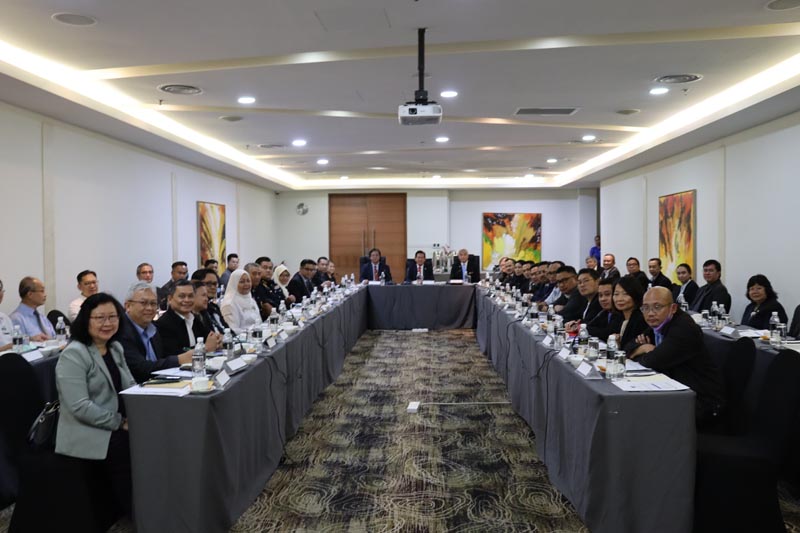 Lee said the committee will be a forum for all the relevant stakeholders to discuss and coordinate pertinent issues that affect urban traffic flow and transport movement.

He said systematic urban traffic management is required to create a safe, orderly, and efficient movement of people and goods while protecting the environment at the same time.

Elaborating further, he said the formation of SUTMaC was approved by the state cabinet on Aug 25 this year and it is in line with one of the ministry’s core functions.

“The formation of SUTMaC is considered timely to implement or execute the ministry’s functions in urban traffic management.

“SUTMAC will look at the traffic issues together and recommend to the government an integrated and synchronized programmes, projects, and initiatives to resolve the issues in a more coordinated way,” he said in a statement yesterday.

With major towns and cities being developed extensively, Lee pointed out that there are many areas with housing development being added at almost every available space within urban confine.

As such, there is very little room for motor vehicles to move without getting stuck at traffic junctions or non-signalised intersections which resulted in congestion.

“Looking at the scenario of land transport today, we have expanded road infrastructure connecting cities, towns, and villages throughout the state. The length of road had increased from 13,231km in 2016 to 305,528km in 2019.

“With the rapid increase in private cars, motorcycles, and commercial vehicles, we could see that the current traffic volume has reached a magnitude that threatens safety on the roads,” he said.

The first meeting was attended by heads of departments and government officers from key and relevant ministries and agencies that are responsible for urban traffic management including residents of all divisions.