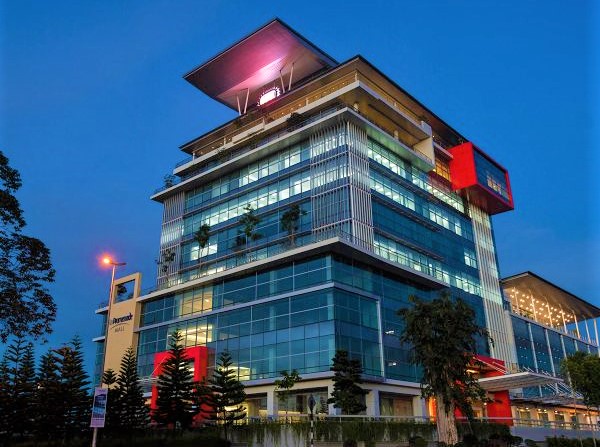 KOTA SAMARAHAN: The La Promenade Fitness Weekend, which was held for the first time at the new mall along Kuching-Samarahan Expressway, kicked off with a bang.

The three-in-one festival began yesterday with a functional fitness competition, followed by the main event, a half marathon today (Sunday) at 5 am.

Hamzah also stopped by the mall to have a look at the live exhibition done by Sarawakian mural artist Leonard Siaw, who was painting a national record-breaking canvas painting, with a size of 15 metres wide and five metres tall.

Tony Yu, HSL executive director, said that this was the first running festival since 2019 and the functional fitness championship attracted 100 contestants, including gym instructors from Penang, Kuala Lumpur, Kota Kinabalu, Bintulu and Miri.

“We are thrilled to deepen our relationship with Kuching and Samarahan’s community.

“As a new neighbourhood mall, we prioritise community services alongside retailing and we are proud to have created the biggest run since 2019, offering subsidised rates from just RM30 per registration and with big cash prizes,” he said.

He added that now is the perfect time to put fitness first with the standard operating procedures (SOPs) being relaxed.

He further stated that, just like the recent Sarawak Bonsai Open Championship, La Promenade Mall would make the Fitness Weekend an annual affair.

“It brings us joy to see youth, families, across all races come together for a great time out and we hope that the public members see the value in the community-centric direction we have taken,” he stated.

Joining the event were Sunway Medical Centre, which will be providing free sports massage and traditional complementary medicine consultation, and Milo along with Green Leaf, who both are giving out free drinks.

Meanwhile, the running event, co-organised with the talented team from Grit Event Management, saw 1,350 running enthusiasts signing up across four categories which were the 21km half marathon, 10km and 5km runs, and the 3km fun run.

Prizes totalling RM10,000 were given to the winners of the 21km and 10km winners, along with the fun ‘Best Dressed’ contest.

To view a photo gallery of the weekend’s event, readers can search @LaPromenadeMall on Facebook and Instagram.