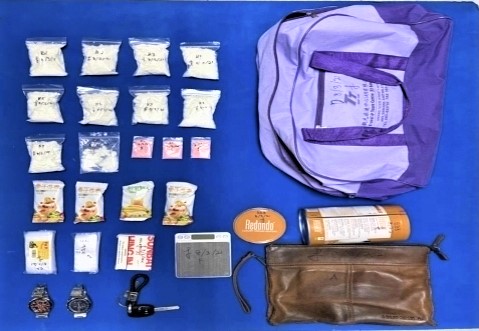 Appointment as DPM a recognition to Sarawak

MIRI: A female lecturer of a private higher learning institution and a retired insurance agent were among three individuals arrested on Monday (March 8) on suspicion of trafficking drugs worth RM49,960.70.

They were detained at two separate locations.

The trio, aged 27, 62 and 69, were nabbed in an operation carried out by a team of Sarawak Narcotics Crime Investigation Department (NCID), said Sarawak NCID chief ACP Jasmurol Jamaluddin on Tuesday (March 9).

The first arrest was made around 7.06pm on Monday at a parking lot in Jalan Bendahara.

A 27-year-old man was detained inside a car parked at the area and officers found three cigarette sticks suspected to contain cannabis (ganja-2.05g), and a plastic packet containing white powder suspected to be ketamine weighing 6.40g.

The suspect then led the police to a second location – a house at Taman Desa Seri around 8.15pm where a woman and a man inside were also arrested.

During a search, police uncovered more drugs. “The drugs were found inside a bedroom.”

Urine tests on the first suspect came back positive for ketamine, while the second and third tested negative.

The suspects will be investigated under Section 39B of the Dangerous Drug Act 1952 for drug trafficking.