KUCHING: A Gawai Dayak gathering at a longhouse in Sungai Sentebu, Sarikei has led to the emergence of a Covid-19 cluster.

The Sungai Sentebu Cluster involved residents of the aforementioned longhouse, which was also under enhanced movement control order (EMCO).

“Sixty-nine individuals were screened as part of active case detection (ACD) process, and 48 tested positive for Covid-19, including the index case, while 21 were negative.

SDMC said another cluster was also declared, the Ulu Sangan Cluster, in Tatau.

“It is a community cluster involving a locality under EMCO, which is a longhouse in Ulu Sangan, Tatau. It stemmed from movement and close contact among the residents.

“Fifty-nine individuals were screened, and 12 were positive for Covid-19, including the index case. Forty-seven are still waiting for their results.

“All positive cases were sent to Bintulu Hospital and PKRC in Bintulu District for isolation and further treatment.”

Meanwhile, the Mongkos Cluster in Tebedu has ended after no new cases were detected or reported in the past 28 days.

“There are currently 83 active clusters in Sarawak. Thirteen clusters recorded 146 new cases while 70 clusters did not record any new cases.” 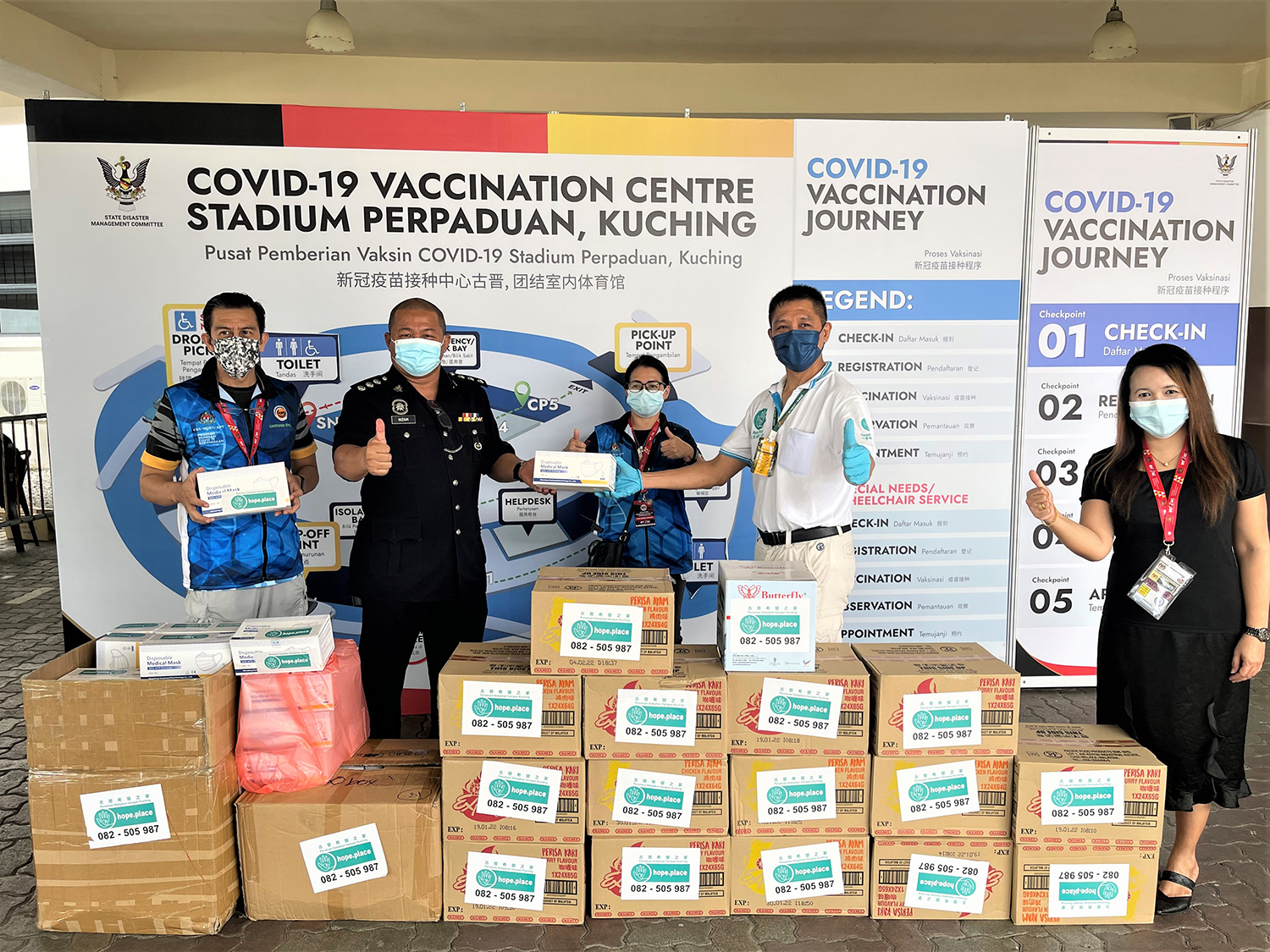 Volunteers get items from Hope Place

Taking a boat to get vaccinated in Bawang Assan