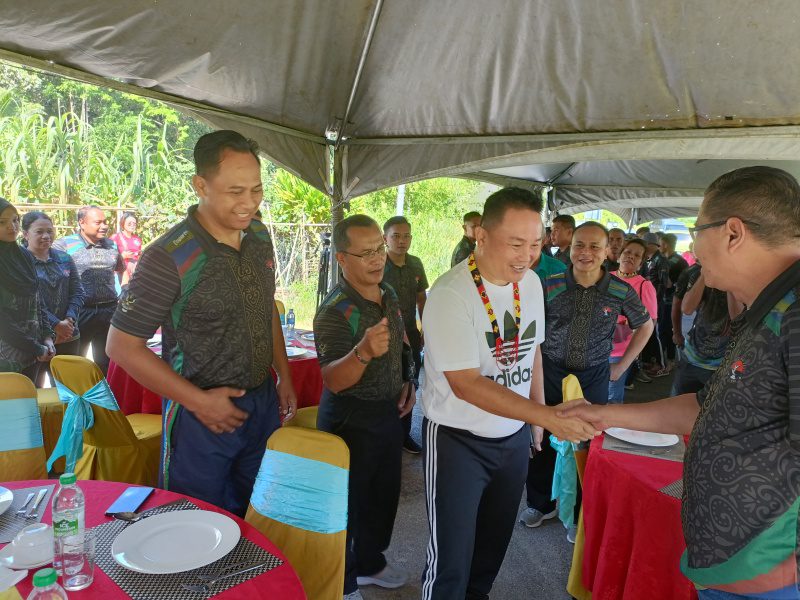 I leave it to party chiefs on whether I’ll defend Puncak Borneo, says Willie

The Deputy Plantation Industries and Commodity Minister said he was very thankful to the Premier Datuk Patinggi Abang Johari Tun Openg as well as leaders of GPS and PBB for accepting him into the PBB fold recently.

Willie was responding to questions from reporters after he officiated the “Program Kembaraduga & Gotong Royong” organised by the Rejimen Semboyan Divisyen Pertama Infrantry in conjunction with the unit’s 56th anniversary at Kampung Annah Rais here today.

Willie said he would do his best to win the Puncak Borneo seat for PBB and GPS if nominated to defend the seat which he won under a PKR ticket in the 2018 parliamentary election.

“As the incumbent of course I am fully ready to defend my seat but I humbly leave it to the party leadership to decide my fate,” he said, adding he was confident of winning as he has been very active on the ground and has done a lot in the constituency.

“I believe the people of Puncak Borneo can see it and I appeal to them to vote for me because I feel I have worked very hard.

“If they think that I have worked very hard for them and the constituency then they should give me another chance in the coming election,” he added.

When asked what if in the event he is not chosen as the candidate, Willie said: “We have not even reached there, so it is premature to answer your question.

“I think there is no point for us to think about any option and hopefully everything will be okay.”

When told that there are several aspiring PBB candidates (at least four) also lobbying for the seat, Willie said that is the principle of democracy where everybody has the liberty to go out to promote themselves and nobody can stop them.

“That is the spirit of democracy which is very healthy in Puncak Borneo constituency, but at the end of the day it is the people who will decide who they want to vote to represent them in Parliament.

“I think Puncak Borneo is never boring when it comes to elections,” he said.