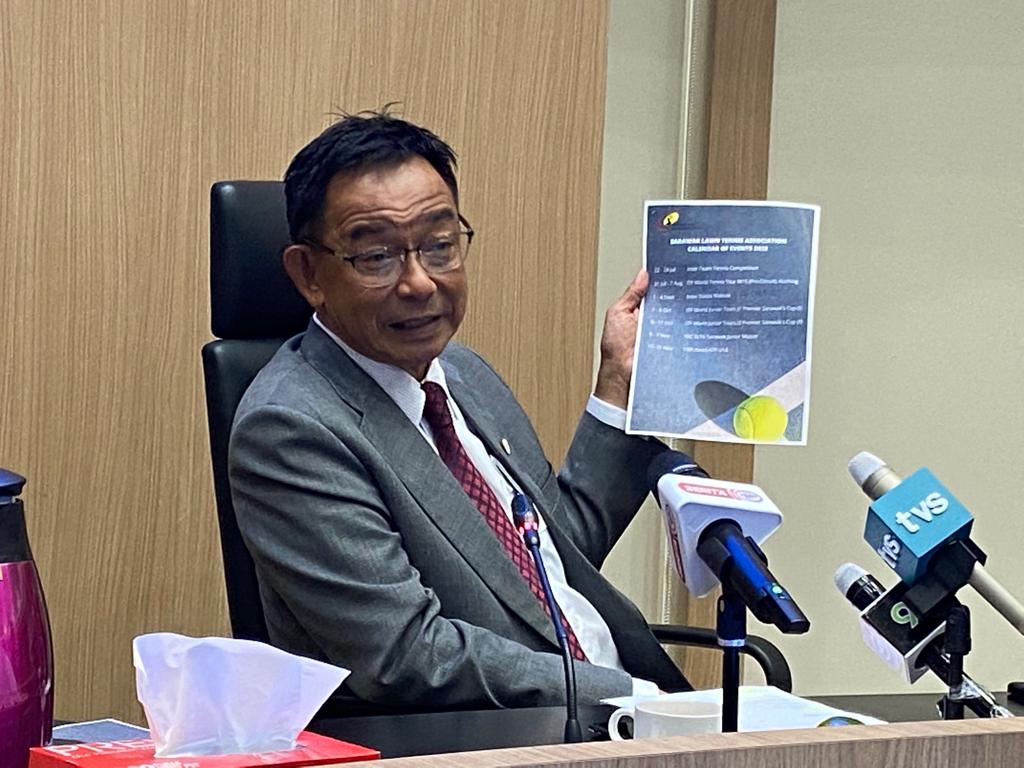 The event is the second to be held in Sarawak after being previously organised in 2012 by the Sarawak Lawn Tennis Association (SLTA).

“A total of 61 players from 18 countries have qualified to play in this tournament,” said Minister for Youth, Sports and Entrepreneur Development Datuk Seri Abdul Karim Rahman Hamzah.

“There are 22 countries currently waiting to qualify and there will be 208 players if they do so.

“Japan has the largest number of participants with 18 players, followed by India who will be sending 10 players.”

He said organising an international tournament like this helps a lot in the promotion of sports tourism.

Abdul Karim cited as example the recently held Rainforest World Music Festival and Spartan Race, pointing out that in the Spartan Race about half of the 2,000 participants were from overseas.

“Sports tourism is another big product to promote our state”, he said at a press conference on the ITF World Tennis Tour Men’s Pro-Circuit M15 event on Monday ( July 18).

Elaborating, he said there will be many tennis tournaments that will be held in the coming months, indicating that this will be a good opportunity for tourism to boom.

“Promoting Sarawak as a sports tourism as a whole is something SLTA has always wanted to do”, he disclosed.