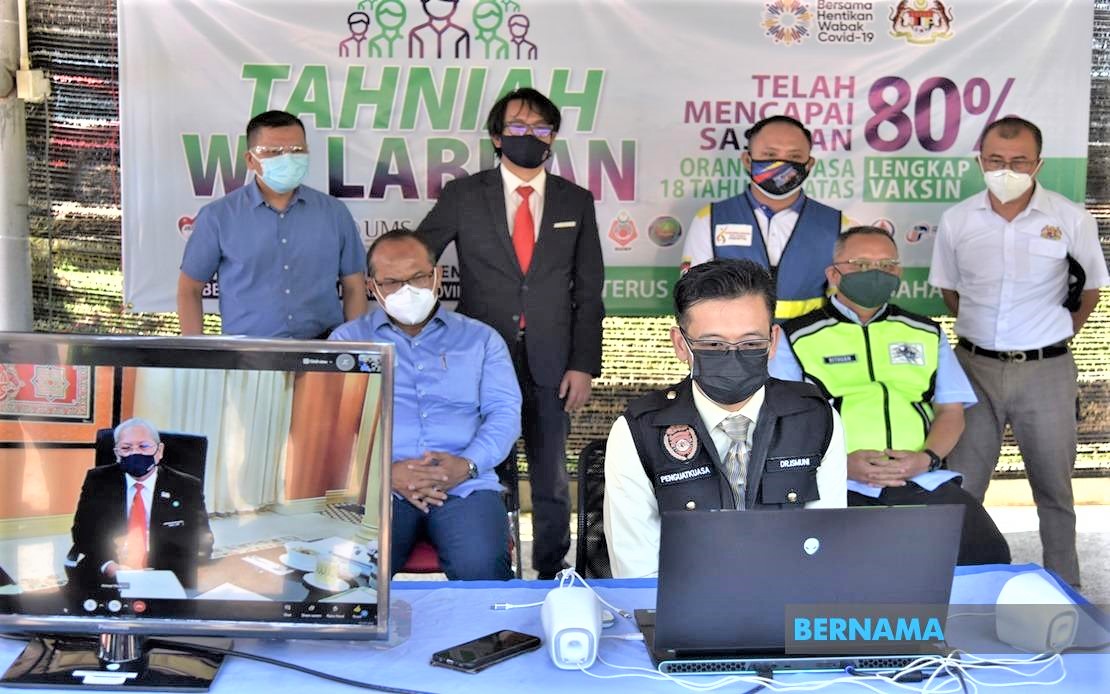 LABUAN: Labuan today completed fully vaccinating 80 percent of its adult population and has become the first among federal territories and states in the country to achieve herd immunity against Covid-19.

The federal territory has immunised 54,800 of the 68,500 adults listed as eligible for the National Covid-19 Immunisation Programme (PICK).

The Labuan Covid-19 Immunisation Task Force (CITF) and the Labuan Disaster Management Committee described the programme as a difficult task but acknowledged that great team work had resulted in the success of the exercise.

Labuan CITF chairman Rithuan Ismail said a total of 54,800 (80 percent) of the total population eligible for vaccination have received the two doses of the vaccine.

“We are pleased to have achieved herd immunity three days earlier than the targeted date of July 30.

“The achievement is the success of the people on the island, who are aware of the importance of vaccination against Covid-19, and team work from the task force and committee as well as the volunteers, namely the Privo Team (Prihatin Volunteers).

“The number of people vaccinated in June was less than 14,000 but it rose drastically to 40,800 in 37 days and (to the figure) today,” he told Bernama after witnessing an individual getting the second dose of the Pfizer-BioNTech vaccine, to complete the immunisation of 54,800 people, at the drive-through vaccination centre at the University Malaysia Sabah Labuan International Campus, here.

The Labuan Covid-19 Immunisation Programme was launched on Feb 27 by Senator Datuk Bashir Alias who became the first person in Labuan to receive the first dose vaccine.

Overall, the vaccination exercise in Labuan proceeded smoothly despite a spike in the number of cases and the emergence of the Delta variant.

Up to yesterday, Labuan recorded a cumulative total of 9,607 cases of Covid-19 and 146 deaths from the disease. Eight cases were recorded yesterday but there were no deaths.

Labuan CITF has recorded 95.7 per cent or 65,521 of the 68,500 adult population having received the first dose of vaccine as of yesterday.

In a move to expedite the achievement of herd immunity, the CITF and the Labuan Natural Disaster Management Committee (led by Labuan Health Department personnel) had extended vaccination to include a house-to-house exercise to cover people with disability (PwD) and the bedridden.

“We also implemented walk-in and drive-through vaccination, coordinated by the people’s representative council, which saw an overwhelming turnout of residents from 27 villages to the vaccination centres,” he said. Labuan had established nine vaccination centres, including one at the international ferry terminal for workers in the shipping, and oil and gas sectors.

Labuan Health Department director Dr Ismuni Bohari said Labuan folk must be ready to live with Covid-19 and, most importantly, must continue to adhere to the standard operating procedures (SOPs).

“At least for one to two years, we will have to live with the pandemic. We must ensure our family members and friends are fully vaccinated to protect ourselves against Covid-19,” he said. – Bernama

Helicopter given permission to cross state for maintenance, not buy ‘nasi ganja’