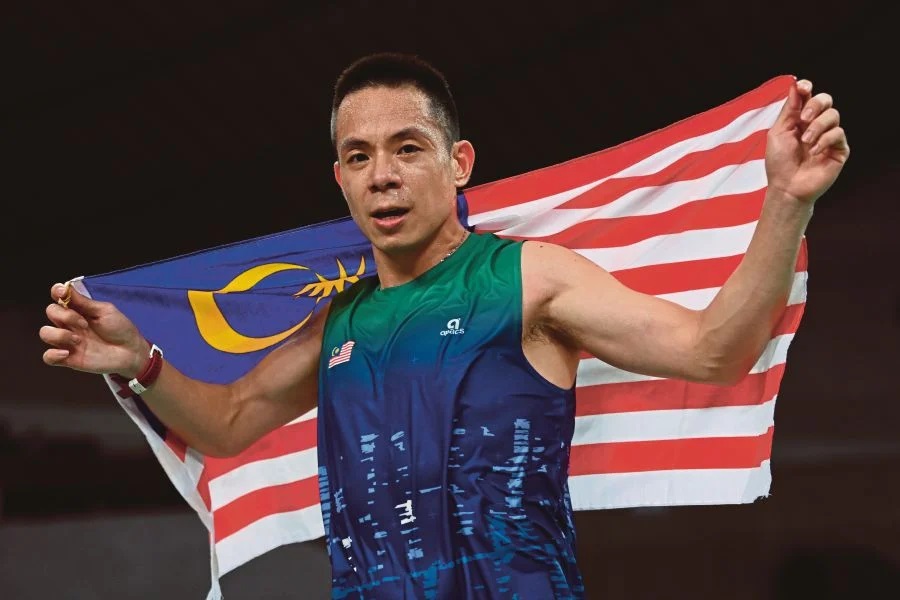 Sharing his success, the Tokyo 2020 Paralympic Games gold medalist disclosed that he actually had to be on his toes all the way to the final as he failed to find his true rhythm.

The 34-year-old athlete said the tournament venue felt different this time compared to when he won the Paralympic gold in Tokyo last year, which affected play on court and his motivation as well.

“Maybe this year, the weather is cold or the light settings are a little different, so the feeling of hitting the shuttle was a bit odd, but luckily in the final, I was able to master it better than the opponent (Dheva Anrimusthi).

“So I feel very proud and satisfied because I was able to reclaim my world championship title which I lost in 2019 in the semi-finals to this Indonesian player (Dheva),” he said when contacted by Bernama today.

In the final at Yoyogi National Gymnasium in Tokyo, Liek Hou defeated Dheva 21-14, 21-12 to exact revenge on the same rival in the semi-finals in the 2019 edition.
Yesterday’s success saw Liek Hou won his 12th world title after emerging as the singles champion for the seventh time and collecting five titles in the SU5 men’s doubles with different partners.

Meanwhile, he aims to participate in between six and eight tournaments next year in an effort to collect points to qualify for the 2024 Paralympic Games in Paris, France.