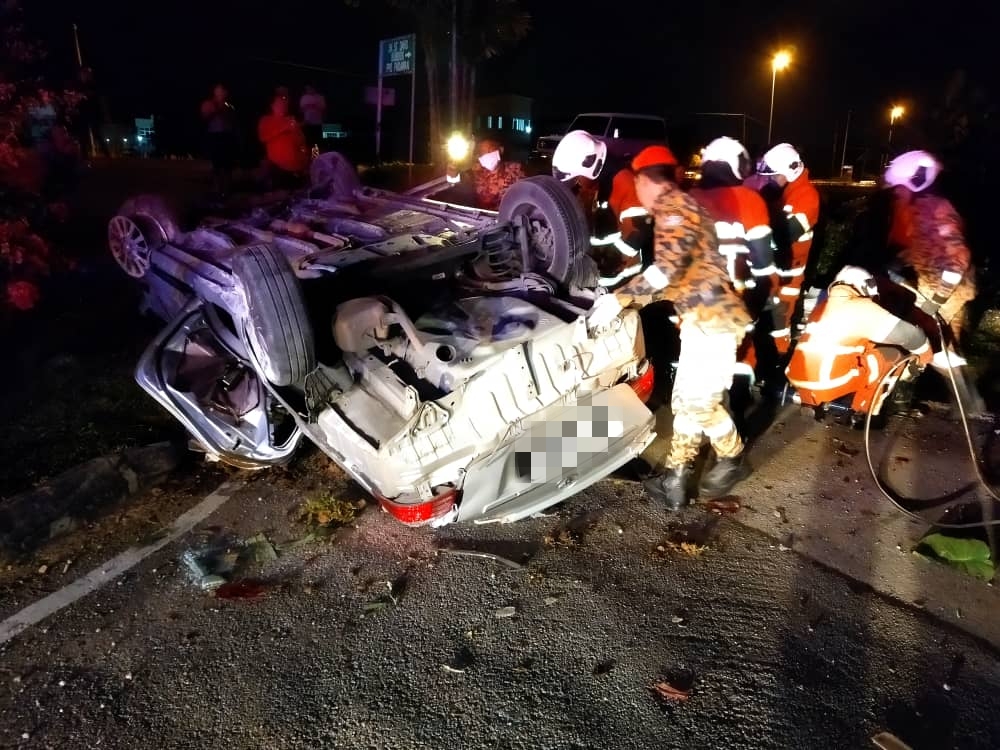 KUCHING: A man died while another sustained severe injuries after the car they were in, crashed and landed on its roof along Jalan Batu Kitang today (Sept 25).

A spokesman from the Fire and Rescue Department (Bomba) said the accident involving three male victims, happened around 1.15am in front Kampung Bubok.

Firemen from Batu Lintang station were promptly despatched to the scene after receiving an emergency call.

Before the team arrived, one of the victims had been rescued out by passers-by while two more were trapped in their seats. Both trapped victims were later extricated using rescue tools.

Whereas, the second victim identified as Alan Jong Kai Quan (driver), was pronounced dead at the scene by paramedics. His body was handed over to the police to be taken to the hospital.

After ensuring that the situation is safe for road users, the operation wrapped up around 2.15am.