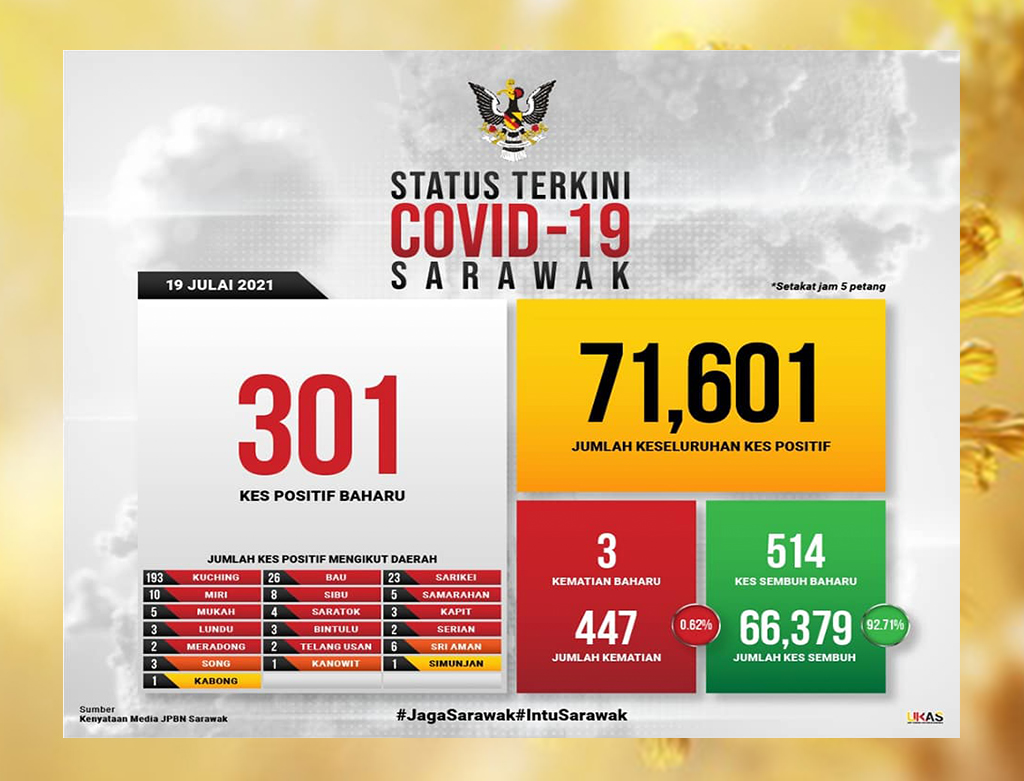 The State Disaster Management Committee (SDMC) said three new deaths were also reported, bringing the cumulative number of cases to 71,601 with a death toll of 447.

Like on the previous day, Kuching again recorded the highest number of new cases with 193, followed by Bau with 26, Sarikei with 23 and Miri with 10, said the committee.

“Meanwhile, eight cases were recorded in Sibu; six in Sri Aman; five each in Samarahan and Mukah; four in Saratok; three each in Song, Kapit, Lundu and Bintulu; two each in Serian, Meradong and Telang Usan and one each in Simunjan, Kabong and Kanowit,” it added.

The SDMC said 187 of the total cases consisted of individuals who were close contacts of Covid-19 positive cases.

The committee said the first death case was that of a 50-year-old woman from Kuching who was receiving treatment at the Sarawak General Hospital (SGH).

“The victim tested positive on July 15 and had a history of high blood pressure and dyslipidaemia,” it said.

“They were each receiving treatment at the Sarikei Hospital and the Kapit Hospital. The man from Sarikei suffered from high blood pressure and heart disease while the man from Bukit Mabong did not have any history of chronic illnesses,” it added. 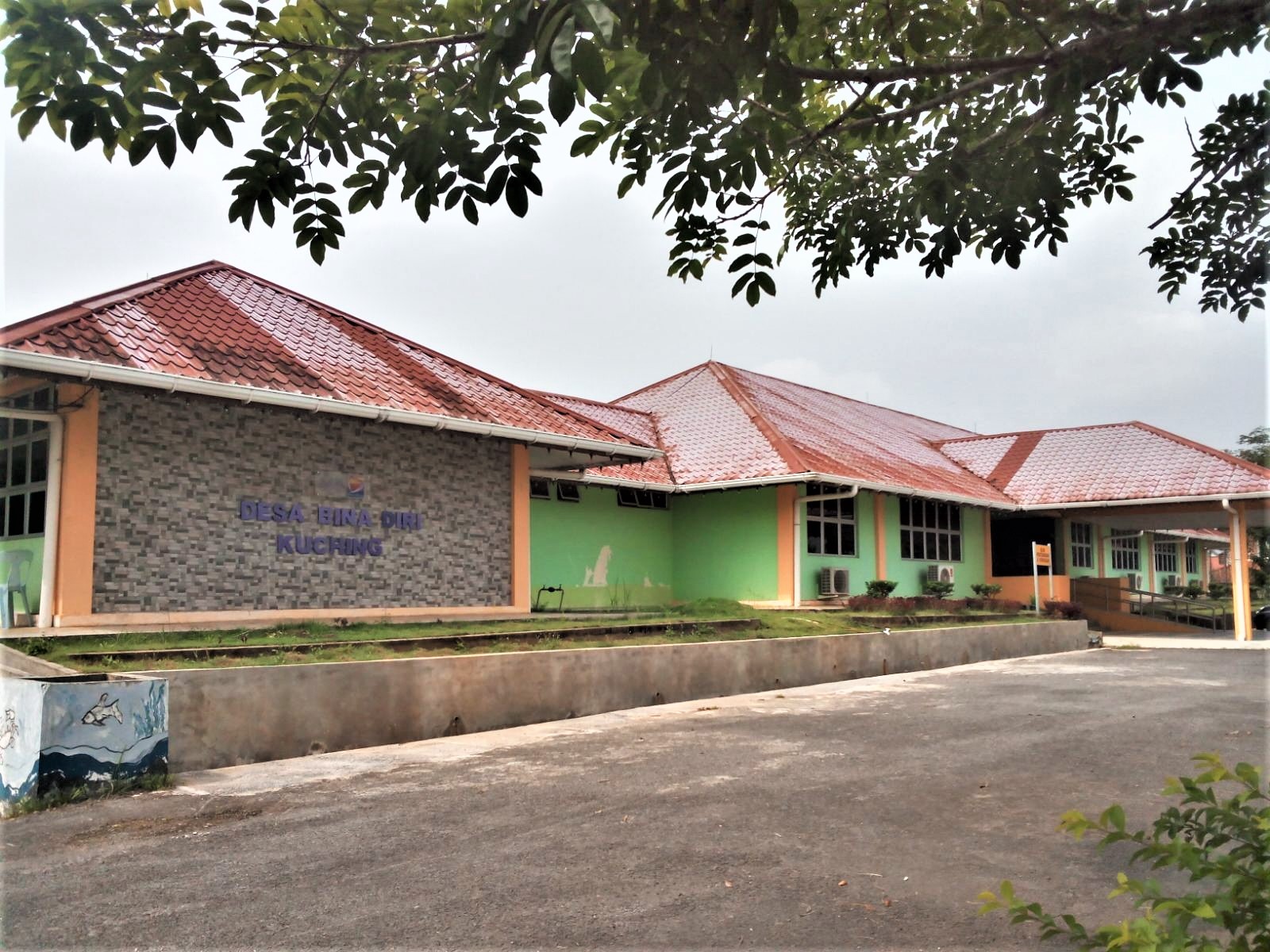 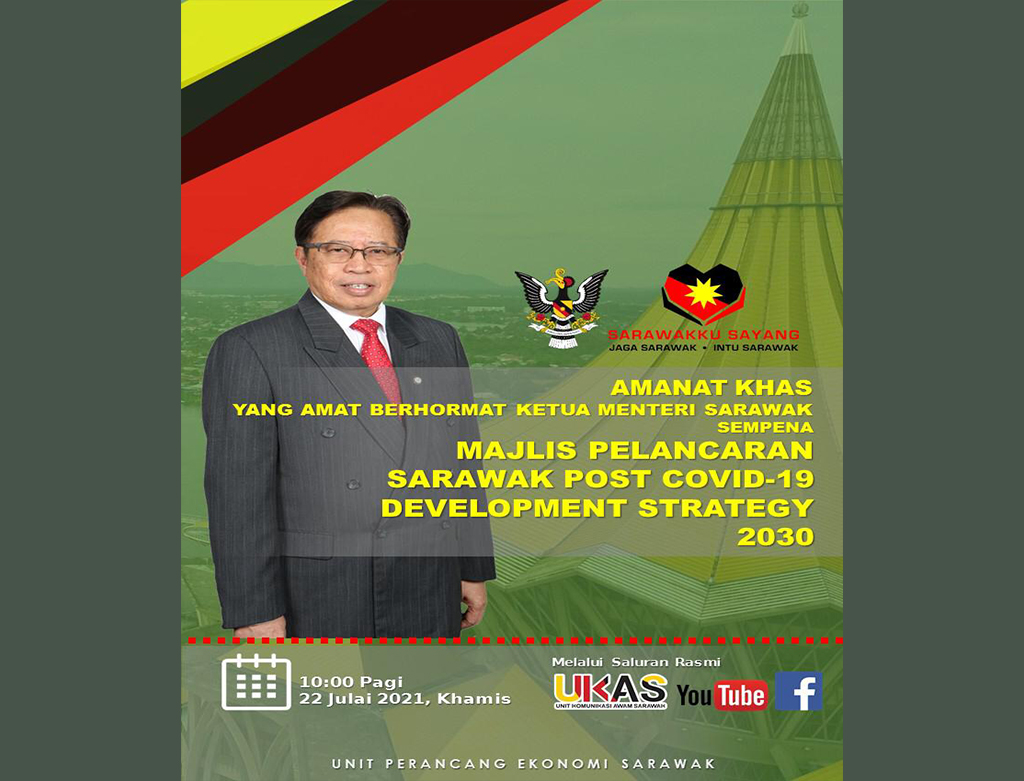