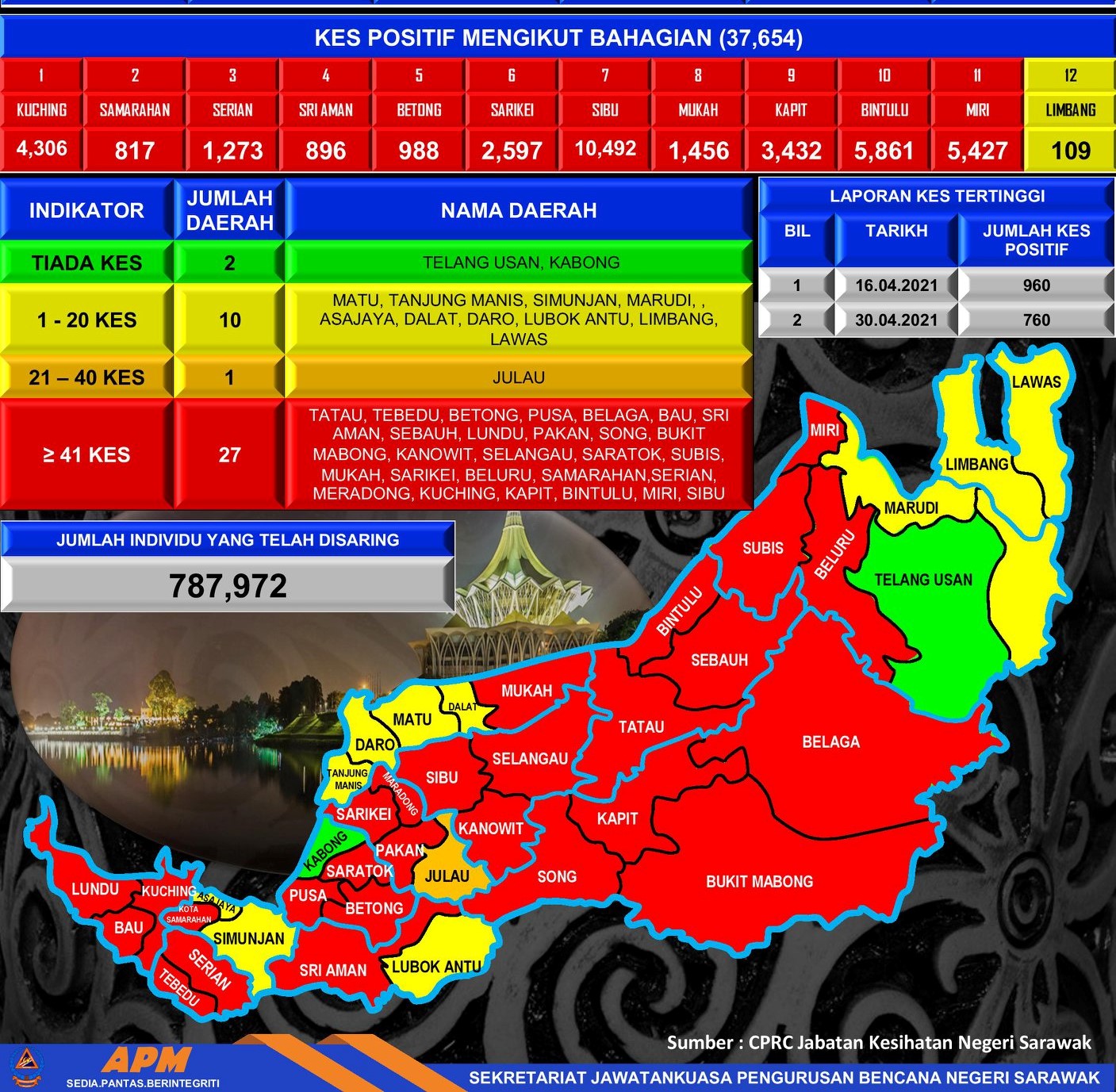 The Sarawak Disaster Management Committee (SDMC) said the EMCO for Rumah (Rh) Payau Emperan Datuk in Sungai Pinang, Pakan will be extended until May 27.

Rh Payau Emperan Datuk was previously placed under EMCO from April 13 to May 13.

Meanwhile, the EMCO enforced in Rh Saran Belang, Nanga Tau in Tatau has ended today (May 14).

Meanwhile, SDMC said that Julau district has changed its status from red to orange after only 40 local transmitted cases were recorded in the past 14 days.

This brings the number of red districts down to 27.

The green districts are Telang Usan and Kabong.

His pupils always on his mind