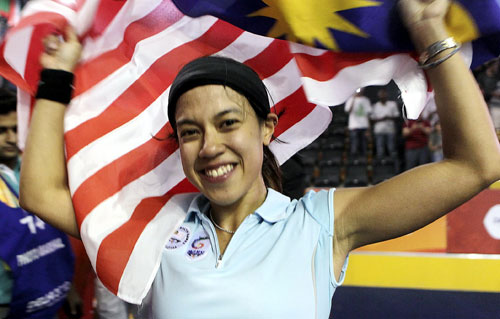 KUALA LUMPUR: Malaysian squash queen, Datuk Nicol David kicked off her campaign with a winning start by advancing to the second round in the 2018/2019  PSA World Championship on Saturday (early Sunday Malaysian time).

The 35-year-old Penangite, who also eight-time world champion took only 21 minutes to whitewash Egyptian, Menna Nasser winning 11-3, 11-6 and 11-3 in the first round match held in Chicago, according to the tournament website https://psaworldchampionships.com.

Nicol, the 13th seed, will take on 24th seeded Millie Tomlinson of England in the second round match, late Sunday (Monday Malaysian time). Her real challenge is likely to be against fifth seed Camille Serme of France in the third round.

Recently, Nicol has announced that she will officially retire at the end of the 2018/2019 Professional Squash Association (PSA) season in June after 20 years in the sport.

Meanwhile, the challenge of other Malaysian players Low Wee Wern, Rachel Arnold and three men players– Ivan Yuen, Nafiizwan Adnan and Ng Eain Yow had ended as early in the first round of the championship. – Bernama