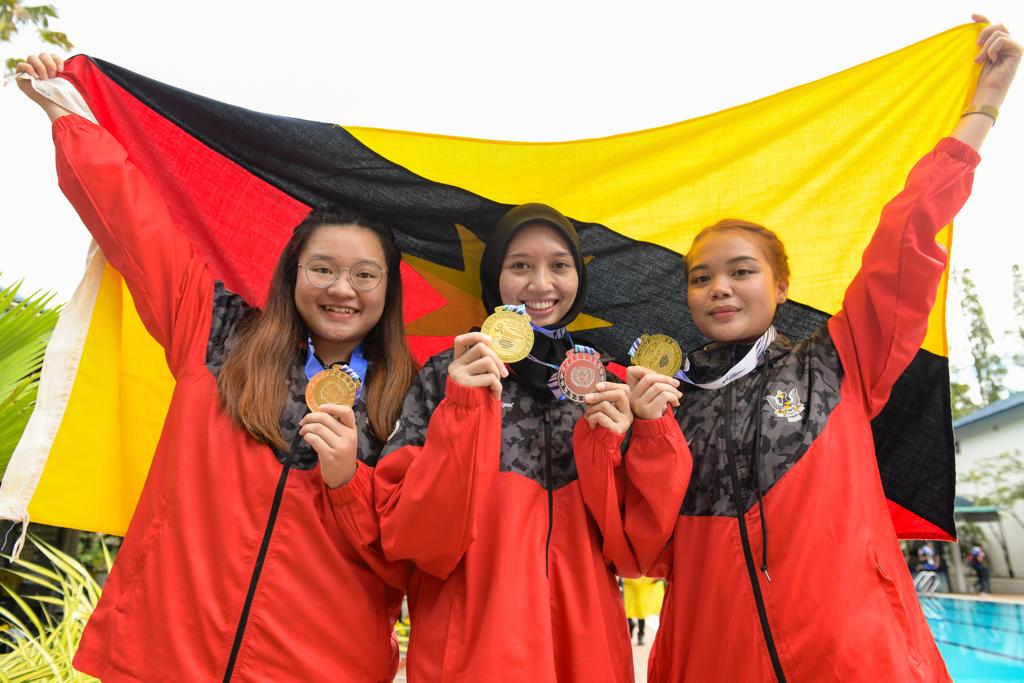 KUALA LUMPUR: The Sarawak shooting camp hit the bullseye in today’s (Sept 19) Sukma Games, shooting down a gold medal and two silvers for the state.

They came in ahead of Negeri Sembilan who scored 1,741 to take silver and Penang settling for bronze with 1,731 points.

“I am truly thankful for this win as this will be my last Sukma. I was also unsuccessful in my attempt to win at yesterday’s (Sept 18) event, but I am glad to be able to aid my teammates to get gold in today’s competition,” said Daphanie.

Shu Siang and Siti Nur Aisyah were also ecstatic to emerge champions, noting that their training and hard work have paid off in gold.

“Thank you to our coaches, the Sarawak Sports Council (SSC) and everyone who helped us throughout our journey,” they said.

It was also a close game in the 50m Prone Rifle women’s category when Siti Nur Aisyah Mazlan scored 589.0 points for the silver, one point behind Negeri Sembilan’s Aina Zahara Baharum.