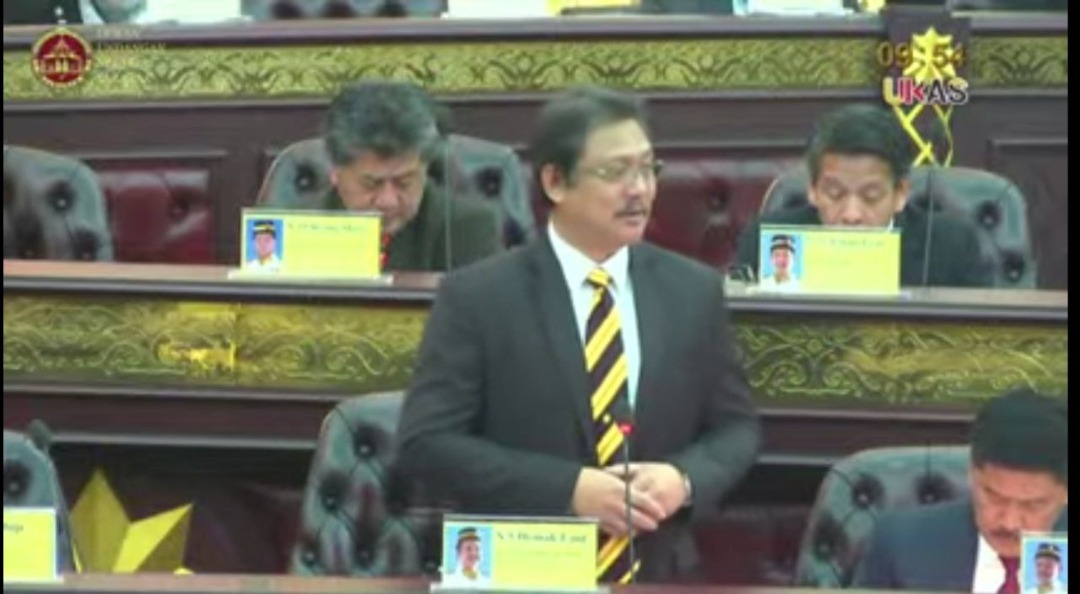 KUCHING: The Sarawak government is in the process of forming its own carbon registry to facilitate carbon trading in the state.

Deputy Minister for Energy and Environmental Sustainability Dr Hazland Abang Hipni said that the carbon trading could not be done simply and must be licensed.

“Sarawak is in the process of issuing and coming up with the rules and regulations to carry out carbon trading through carbon licensing,” he said.

He said this when responding to Tanjung Datu assemblyman Azizul Annuar Adenan questions during the third day of the 19th State Legislative Assembly (DUN) sitting today.

Earlier, he said that carbon credits are measurable, verifiable reductions in carbon which can be measured by formula, and now there is also technology that uses satellites to measure the carbon contained in the forest covered.

He said the current price of carbon credit ranges between USD8 per tonne to about USD50 per tonne.

“So here we can imagine the amount of revenue that Sarawak will have if we embark into carbon trading,” he said.

For the carbon offset project verification, Hazland said, there are three layers of measurement.

“One is to be done by the government through the forest department, the second layer is through the carbon consultant or carbon traders and third layer, verification must be done by independent international bodies,” he added.

He also said carbon trading is a mechanism to mitigate climate change; it is actually the buying and selling of carbon credit in the international market or the local market to control the admission of carbon.

“Carbon trading is done in two ways, which is the voluntary carbon market and also the compliance carbon market.