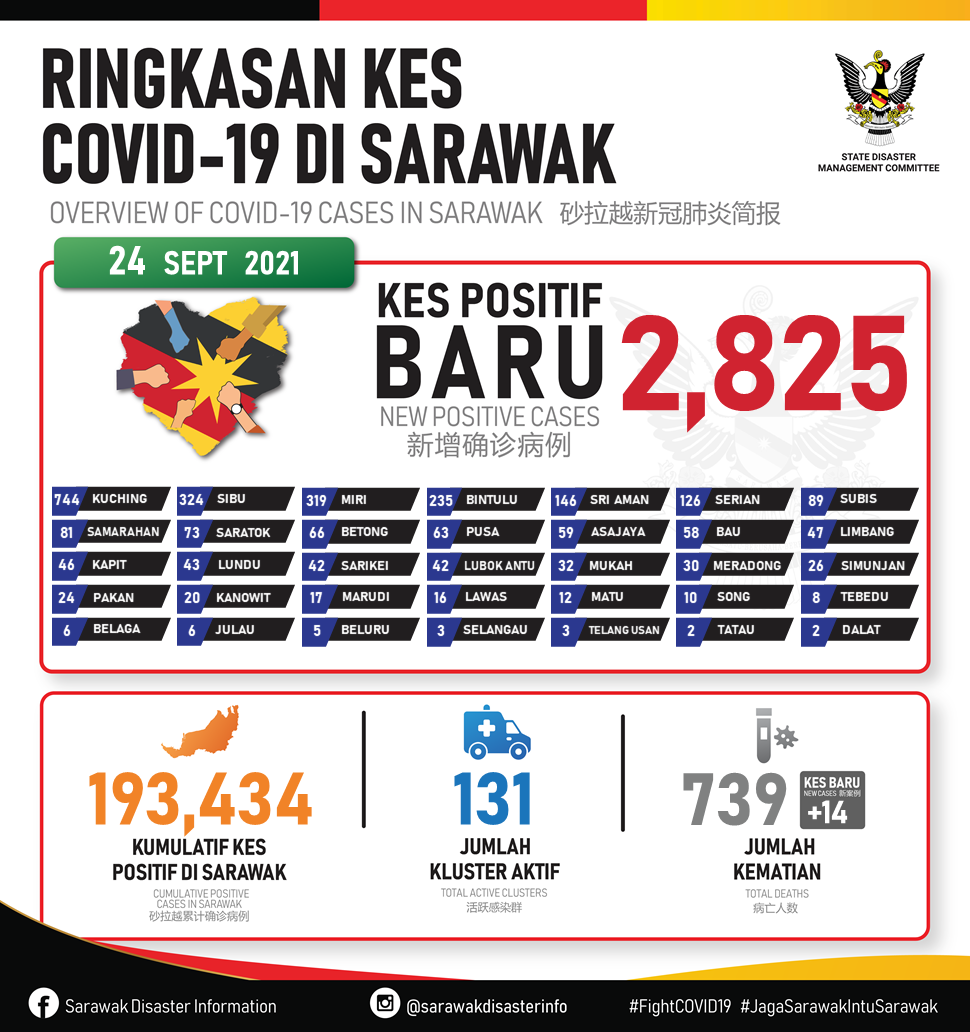 There were eight new cases reported in Tebedu while Belaga and Julau recorded six new cases each; Beluru (five); Selangau and Telang Usan (three); and Tatau and Dalat (two each).

On another note, the committee announced three new clusters in the state.

The first cluster, the Sungai Merusa Cluster, was a community cluster involving a longhouse that was under the enhanced movement control order (Emco) located at Sungai Merusa area, Niah in Subis district.

“Of the 57 individuals who were tested, 44 including the index case were positive while 12 were negative.”

The second cluster, the Haidah Cluster, was a workplace cluster involving the employees and crews of a logistics and transportation ship that was put under Emco and is anchored off the coast of Bintulu in Bintulu district.

“Of the 173 individuals who were tested, 92 including the index case were positive while 45 were negative.”

The last cluster was the Kanawa Baram Cluster which was classified as a community cluster. The cluster involved residents of a village that was put under Emco in Marudi district.

Of the 53 individuals who were tested, 29 including the index case were positive while 23 were negative.

“All positive cases were admitted to hospitals, Covid-19 quarantine and low-risk treatment centres (PKRCs), and Covid-19 Assessment Centres (CACs) in their respective districts,” said the committee.

Meanwhile, the committee also announced the end of three clusters namely Taman Indah Landeh Cluster along with Lorong Temenggung Haji Gobil Cluster both in Kuching district; and Nanga Dap Cluster in Kanowit district after no new cases were recorded there in the last 28 days.

To date, the state has recorded 131 active clusters where 10 of them recorded an additional 202 cases.