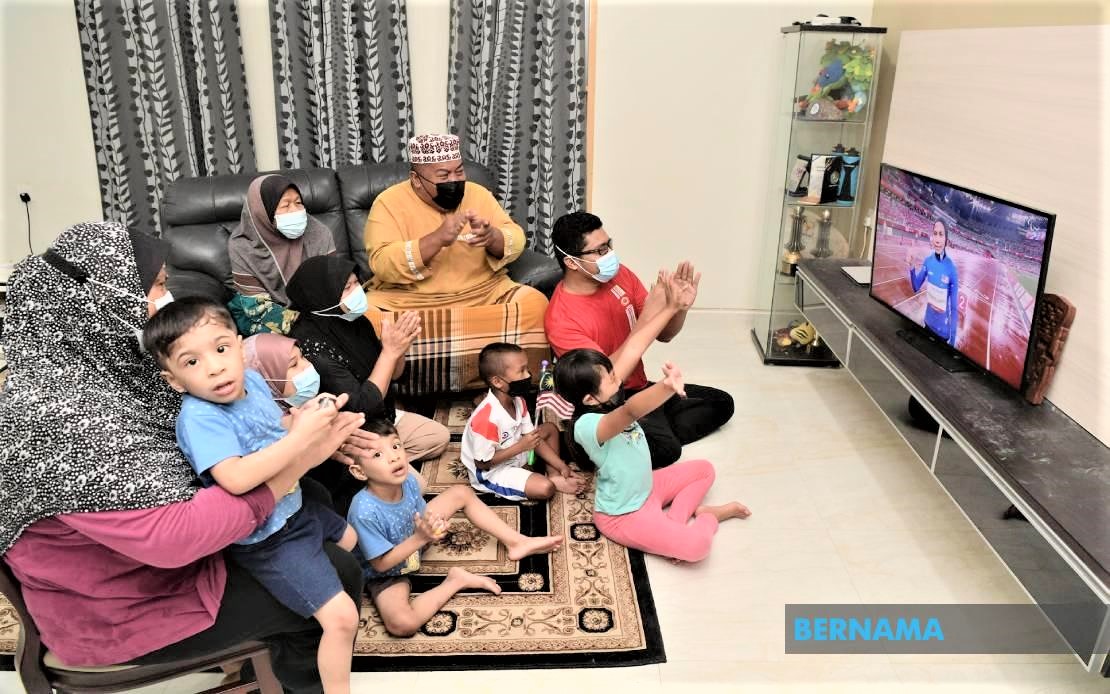 JOHOR BAHRU: The fighting spirit of national paralympic athlete, Siti Noor Iasah Mohamad Ariffin who gave her all is the pride of her family despite having to run in rainy weather during the women’s 400m T20 (learning difficulties) final at the Tokyo Paralympic Games yesterday.

Her husband Muhammad Hafiz Abu Bakar, 38, who is also a former national paralympic athlete, however, said there were several factors that prevented the Johor-born athlete from recording a better time than she did.

“Our family is still proud of her achievement. We all gathered (at home) and cheered for her (in front of the television). Congratulations are due because she has done her best in a pandemic situation and bad weather. We are proud that she was able to enter the final.

“Maybe the factors like the rain and she being in the second lane, the wettest lane, made it difficult for her,” he told Bernama at their residence in Ulu Tiram, here last night.

Muhammad Hafiz believed that his wife could have achieved 59 seconds in the race but the prevailing factors posed an obstacle to achieve a better time.

Siti Noor Iasah, 32, clocked 1:01:05s thus placing her in last place out of eight runners compared to the time she recorded in the second qualifying heat on Monday which was 59.89s.

The event was won by Breanna Clark of the United States who broke the world record with a time of 55.18s, while silver was won by Yuliia Shuliar (Ukraine) (56.18s) and bronze by Jardenia Felix Barbosa Da Silva of Brazil (57.43s).

Five years ago, the mother of one missed out on the bronze medal when a Polish runner dived ahead of her at the finish line in the final of the same event at the 2016 Rio Paralympic Games. – Bernama