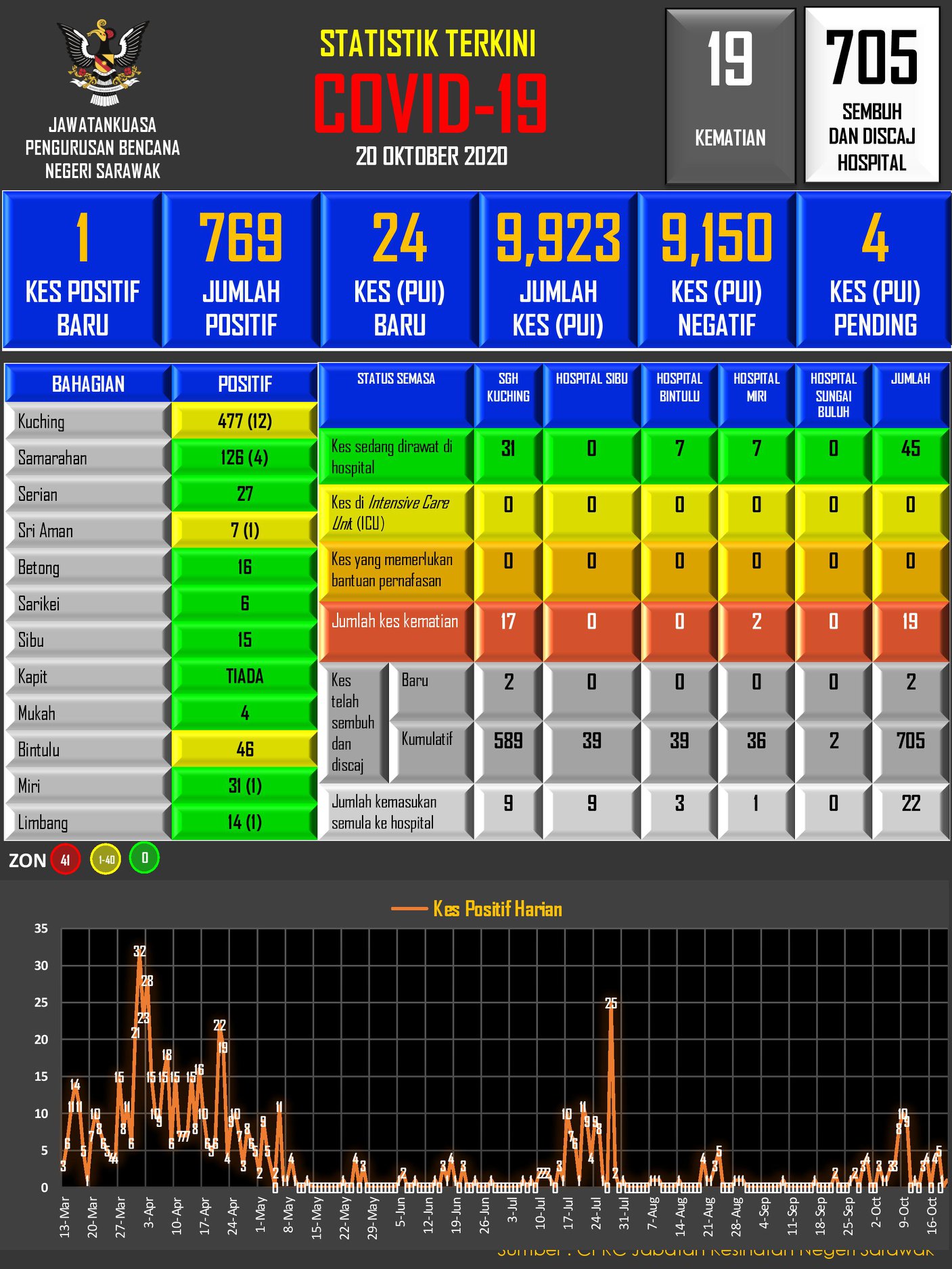 Nevertheless, Sibu has turned from yellow to green status.

Sarawak Disaster Management Committee (SDMC) in a statement informed that case 769 was an imported case involving a female Indonesian who arrived from West Kalimantan through permission under the Medical Tourism Approach.

“The case received permission to enter Sarawak as an escort to a cancer patient who needed further treatment at a private hospital in Kuching. They entered through the land border entrance at Tebedu Immigration and Customs Quarantine Complex (ICQS), Serian on Oct 19 and were taken and managed by the private hospital.

“Both individuals underwent screening tests on the same day. They have also been placed under quarantine instructions at the hospital that will treat the cancer patient.

“The results of the screening test found that the case tested positive on the same day. Nevertheless, test results for the patient to be treated, came back negative,” the committee said.

The case showed no signs or symptoms of Covid-19 and was admitted to Sarawak General Hospital (SGH) for further treatment.

There are still two active clusters, namely Bah Arnab Cluster in Kuching and Putra Cluster in Bintulu, SDMC pointed out.

To date, there are no new positive cases detected or reported in both cluster.

Bah Arnab cluster remains with 12 positive cases and as of 12 noon on Tuesday (Oct 20), 40 individuals have been screened and 28 of them tested negative.

The Putra cluster remained with six positive cases along with one case registered in Selangor. As of 12 noon, 190 individuals have been screened with 183 of them tested negative.

“There are no cases receiving treatment in the intensive care unit (ICU). The death toll in the state remains at 19 or 2.47 percent to date.

SDMC also revealed that Sibu had changed its status from yellow to green after no local infection cases were reported in the district in the last 14 days.

Currently, Kuching, Bintulu and Lubok Antu districts remain in the status of Yellow with a total of 21 cases of local infection reported in the last 14 days.

The number of districts with yellow status is three while 37 districts remain green.

Wealth fund to secure the future without oil and gas

State-owned telecommunication in the pipeline

They just refuse to understand, that’s all!