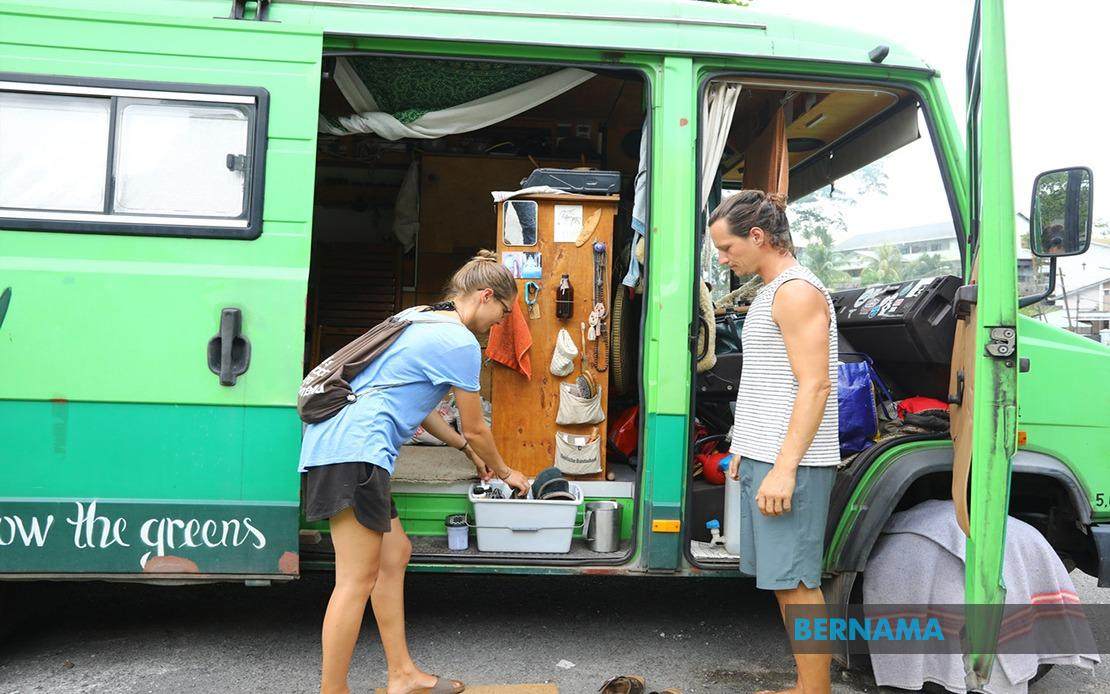 KUCHING: A German couple, who has travelled to several Asian countries by van, has been forced to live inside the vehicle parked at Taman Reservoir here since the nationwide movement control order (MCO) was implemented on March 18 to contain the spread of Covid-19.

Matthias Tischler and his partner Sonja, who began their journey from Germany two years ago, arrived here last December.

They then left the van behind to travel to Australia and Indonesia for several weeks before returning here on March 14.

“We just hope that the virus situation will be under control in a few days or weeks or sooner so that everybody can go back to their normal lives and, when the borders are opened to other countries, it will be easier for us to travel,” Sonja said when met by reporters at the park, which is a recreational area in the city centre.

“We are stuck here (for the time being), but we found a nice place here, surrounded by nice people and we are waiting for the virus situation to get better.”

Sonja said they have had no problems getting food supply during the MCO and that their van was also equipped with kitchen utensils so they could cook their own meals.

“We go to the supermarket every few days to buy vegetables and fruits. We can cook here on our own. Sometimes we go to restaurants for take-away food, but not very often. We have no problems getting food. We have a lot of food (to last us) for the next few weeks, I guess,” she said.