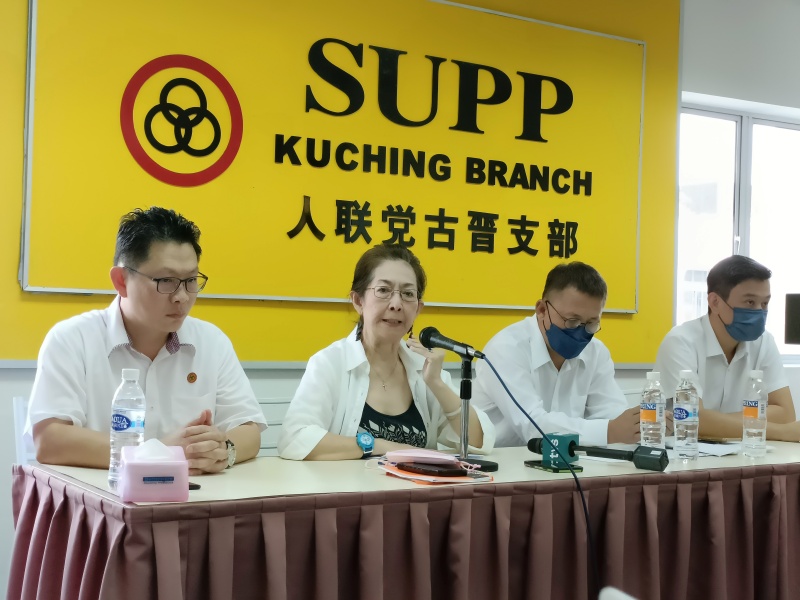 The constituency has been a DAP bastion for the last 18 years but she is hoping to turn the tables on the opposition party in this outing, like what SUPP did back in 1995.

Yong, in this instance, recalled how in 1995 Datuk Song Swee Guan, with the strong and solid support of all three branches at the time, managed to win the Bandar Kuching seat from DAP strongman the late Sim Kwang Yang.

“This time around, we hope the three branches will emulate the effort and team spirit back in 1995 and create history again.
“We will work tirelessly to gain ground and do our best to wrest the Bandar Kuching parliamentary seat that has been in the hands of DAP since 2004,” she added.
Towards this end she said Kuching Branch has started working hard to ensure its election machinery is at a high level of readiness regardless when the GE15 is held.
“On Sept 18, the Kuching branch committee meeting decided on a candidate for GE15 and has submitted the name to the party secretary general.

“The candidate selected not only meets the branch’s criteria in grooming the young and energetic with professional knowledge and multi lingual, but also comes with good character and a record of dedicated long-service to the people and the community,” she said, stopping short of naming the candidate.

“It is hoped that the three SUPP branches can reach an early consensus on a winnable candidate, unite as one and get behind the candidate to win the election.

“There is no denying that to win back Bandar Kuching in the GE15 is an uphill task for SUPP.”

For starters, as the capital of Sarawak, Kuching has long been the centre of political, economic, cultural and media activities.

“And with the gazetting of the Undi18 Bill and automatic voter registration, the number of voters in the Bandar Kuching constituency has surged from around 80,000 to approximately 110,000,” she said, underscoring the task at hand for the party.