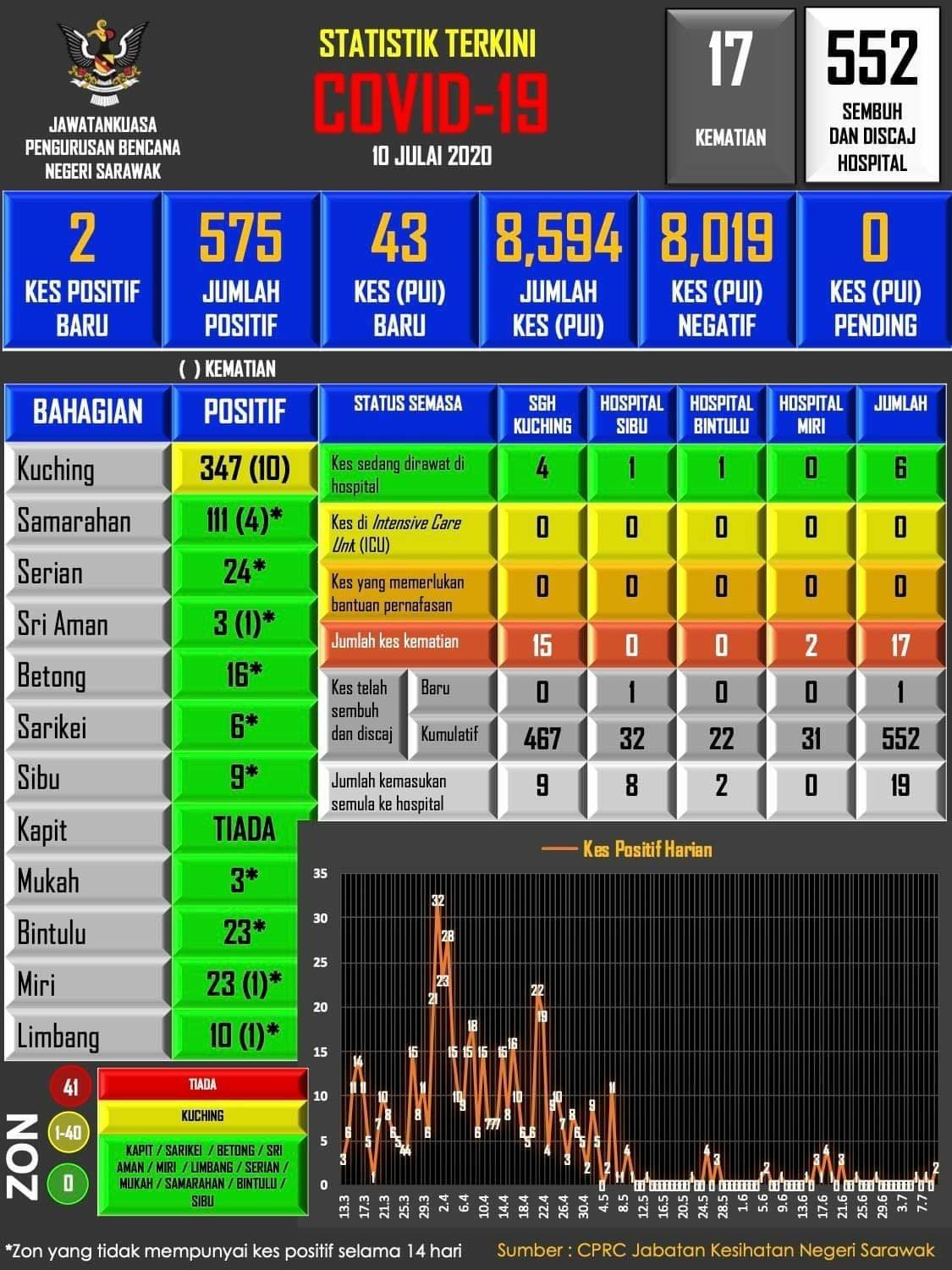 Sarawak Disaster Management Committee (SDMC) in a statement said that, both cases ― a man and a woman ― were recorded in the Sarawak General Hospital (SGH).

The first case involved a local man who sought treatment at SGH on July 5 due to breathing difficulties and fatigue suffered since July 1. The patient, who has diabetes mellitus and high blood pressure, was admitted to the isolation ward and his Covid-19 laboratory test came back positive on July 9.

The second case is a local woman working in an engineering consultancy company in Kuching, who received treatment at SGH on July 7. She was later admitted to the women’s medical ward due to chest pain and tuberculosis. Initial screening of Covid-19 on the same day, found that she was positive for the RTK Antibody test and on Thursday, her Covid-19 laboratory test came back positive.

“Both patients are cases of Severe Acute Respiratory Infection (Sari) which is likely from a local infection as they have no history of travelling abroad.

“Contact tracing was carried out and identified. For the case of the male patient, his contact was only his immediate family member.

“Whereas for the female patient, 30 contacts have been identified and were given quarantine instructions as well as undergo screening. Her workplace is temporarily closed for disinfection purposes. The cause of infection for both cases is still under investigation,” the statement said.

To date, 43 new person-under-investigation (PUI) cases have been reported and six individuals are currently receiving treatment in the hospital isolation ward.

The Covid-19 death toll has remained at 17 since the first positive case was reported on March 13.

With the reporting of two new cases, the colour code status for Kuching has changed from green to yellow. While the other 39 districts in Sarawak remain green.

SDMC also reported that as of Friday, 73 persons under surveillance (PUS) had checked in at hotels to undergo quarantine, bringing the total number of PUS at 11 hotels to 504.

Meanwhile, a total of 18,227 PUSs have already completed their quarantine period.

Having to play catch-up

‘I leave it to the party’

Having to play catch-up