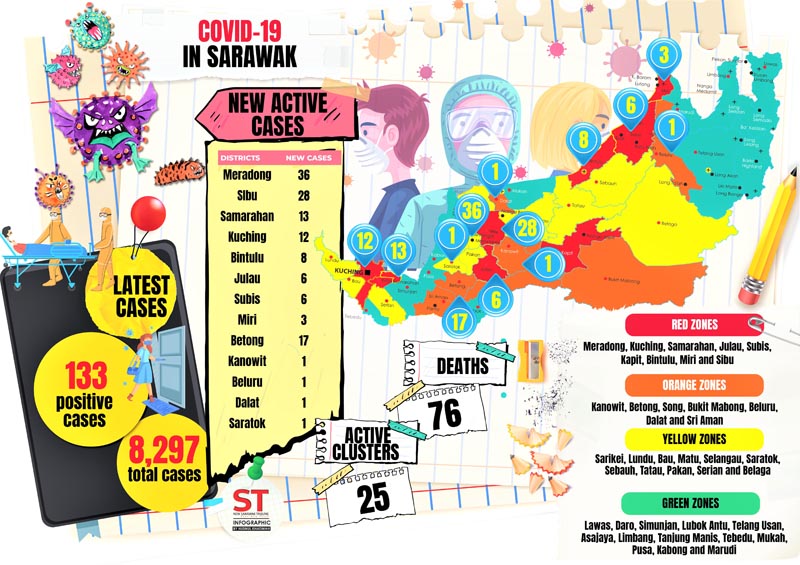 “The victim’s from Sibu, he was symptomatic with fever and cough for a few days before receiving early treatment and went for screening.

“An rT-PCR test was done at Sibu Hospital and he was found positive on Feb 8. His health worsened and he was pronounced dead on Monday.”

The 76th death was a 74-year-old local man, also receiving treatment at Sibu Hospital after his rT-PCR test was positive.

“Case 6,668 did not experience any symptoms or signs of Covid-19 before this. His health worsened and he was pronounced dead today.

“The victim had Parkinson’s and he was from Sibu, related to the Geronggang Cluster.”

SDMC added that 133 new cases were recorded in the state.

SDMC also revealed that 214 new cases had recovered and discharged.

“This brings the total number of cases that have recovered or allowed to be discharged to 6,099 or 73.51 percent.”