KUCHING: A woman was trapped in a van following an accident at 5.30am yesterday.

The van was travelling from Bau to Batu Kawa when it went out of control and crashed into a barricade, trapping the woman passenger inside. 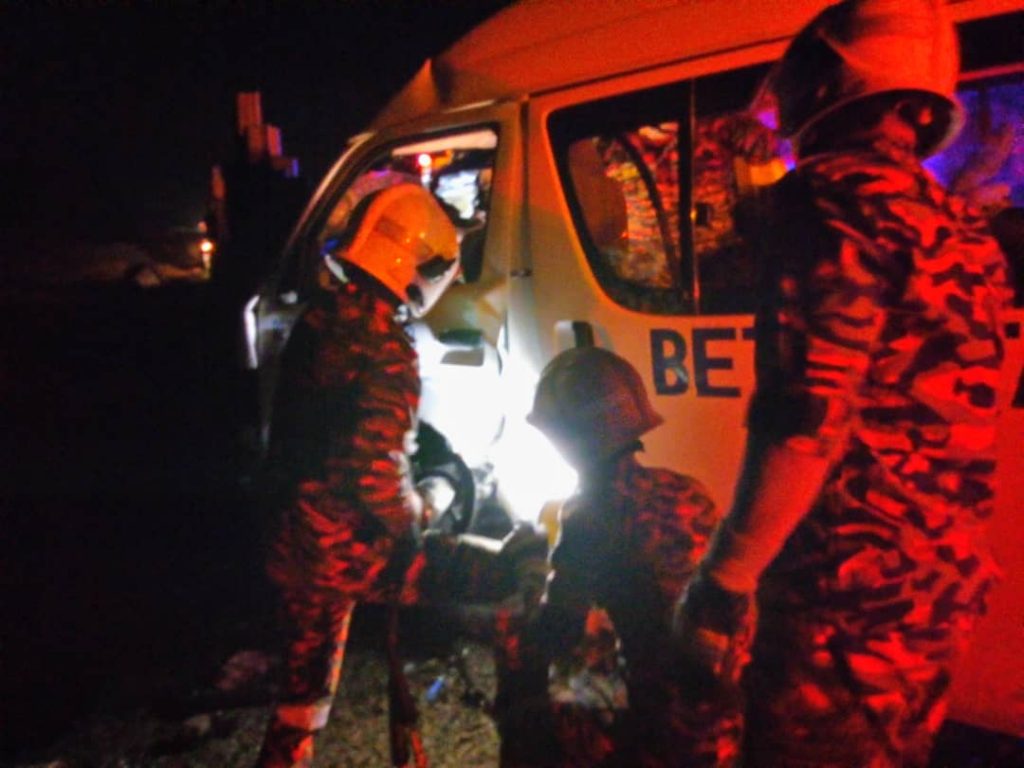 Firemen had to be called to extricate the victim.

Both she and the driver were taken to Sarawak General Hospital.