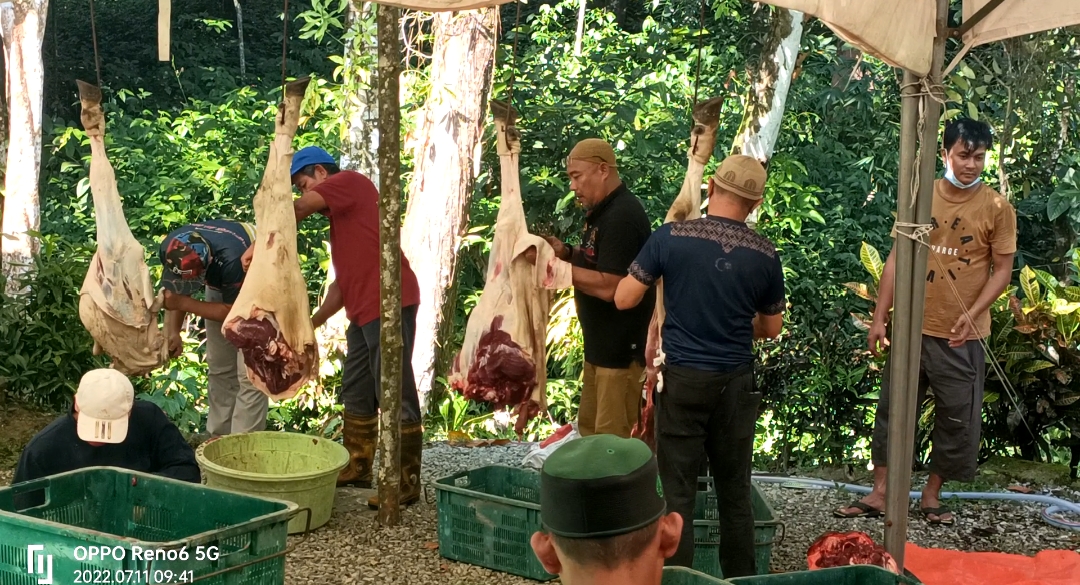 The Puncak Borneo MP also donated a buffalo each to the other villages.

Willie’s arrival in Kampung Jawa Gunda and Kampung Lintang Baharu was warmly welcomed by the villagers who were very happy with the size and the quality of the buffalo.

Kampung Gunda village head Kamari Wakimin in his brief speech expressed his appreciation for the contribution of the sacrificial animals from Willie over the past three years, besides thanking him for his concern for the welfare and well-being of the villagers.

Willie praised the spirit of gotong-royong shown by the villagers in performing the sacrificial ritual.

Meanwhile, Kampung Lintang Baharu chief Habibah Boret thanked Willie for the sacrificial buffaloes and the approval of a RM55,000 fund from Putrajaya.

During the visit, Willie approved an allocation of RM20,000 for the road project to the cemetery and RM35,000 for the upgrading of the Kampung Lintang Baharu multipurpose hall.

Habibah, the newly appointed village head, hoped that the collaboration with Willie would continue in the future.