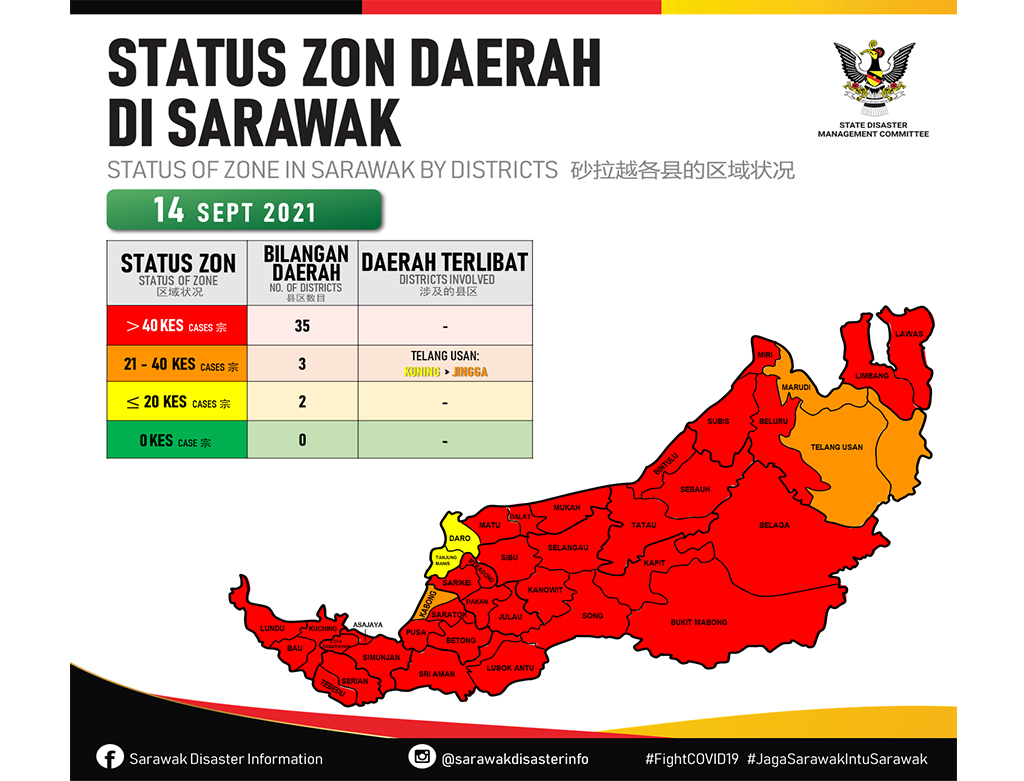 KUCHING: The enhanced movement control order (EMCO) has been imposed at 24 new localities in seven districts of the state.

The Sarawak Disaster Management Committee (SDMC) said the localities were in the districts of Bintulu, Sebauh, Pakan, Julau, Meradong, Sarikei and Saratok.

The SDMC added that Rumah Musit, Sg Kesuli, Bukit Sebangkoi in the Sarikei district would undergo the EMCO from today (Sept 15) to Sept 28.

The committee also said that the EMCO had been extended at seven localities, namely, Ladang TH Sg Rasau in Simunjan from Sept 14 to 20; Rumah Walter, Munggu Deman in Sri Aman as well as Rumah Endawie, Nanga Jela, Batang Ai and Rumah Ubam, Lio, Engkelili in Lubok Antu from today (Sept 14) to Sept 28.

The EMCO will be extended from tomorrow (Sept 15) to Sept 19 at Kampung Simpok, Kampung Mundai and Kampung Lintang Baru in the Serian district.

The SDMC also announced that the district of Telang Usan had turned orange after recording 23 local infection cases within the past 14 days.