Their music video titled Warrior Spirit was released on YouTube on May 27 and had so far gained over 149,000 views worldwide.

“Alena and Sarah have made us proud by putting Sarawak and Malaysia on the international music scene which is very competitive in nature.

“They have shown that Sarawakian artistes are capable of using music as well as creative filmmaking as the platforms to showcase our traditions and heritage,” he said on Monday (July 5).

He added that both had also inspired local youths to follow in their footsteps, especially in the music, creative and filmmaking industry.

“The music video was wonderfully done and the storyboard was mesmerising to viewers while capturing their imagination on how wonderful the state of Sarawak is, especially where its past history, rich culture, arts, and traditions are concerned.”

The music video was produced by the same people behind Alena’s award-winning music video called Midang Midang and directed by Sarah and co-produced by Kanid Studio and Project Room.

“Thumbs up to their creativity in taking inspiration from the diverse ethnic cultures, traditional dances and colourful costumes found in Sarawak, which were showcased in the entire video, that had related the spirit of local warriors, their strength and courage in fighting together for a bigger cause.” 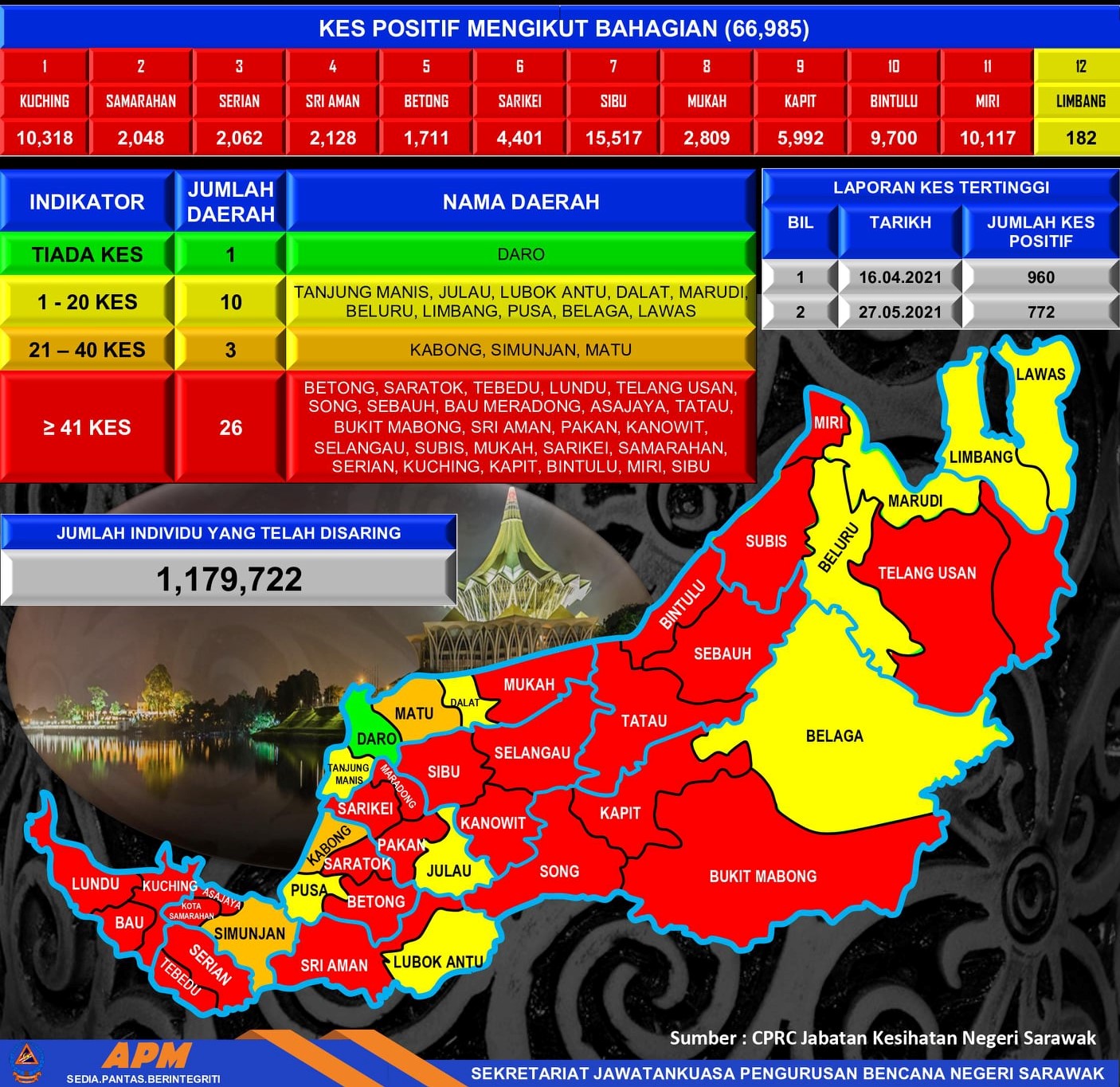 NRP for districts with fewer cases