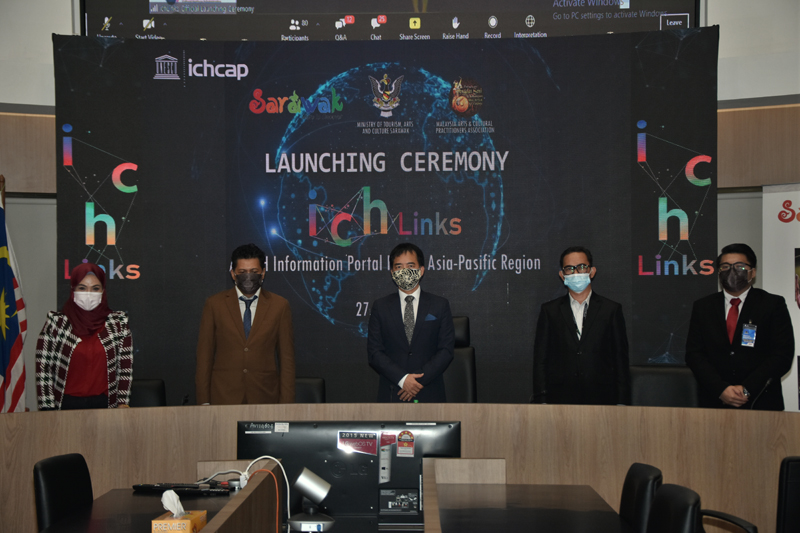 KUCHING: The International Information & Networking Centre for Intangible Cultural Heritage in the Asia-Pacific Region (ICHCAP), which celebrates its 10th anniversary this year, has established an online information-sharing platform called ICHLinks.

ICHLinks, an international digital portal that provides information on Intangible Cultural Heritage (ICH) in the Asia-Pacific region, was officially launched on Thursday in a virtual ceremony hosted by ICHCAP.

The historical launching ceremony was conducted virtually across Asia-Pacific countries. The event was participated in by the first group of partners from Malaysia, Mongolia, Vietnam, Uzbekistan, and Kazakhstan.

Malaysia was represented by the Ministry of Tourism, Arts and Culture Sarawak (MTAC) and also the Malaysia Arts and Cultural Practitioners Association (Macpa), the appointed partner of the project representing Malaysia.

In his message, the minister congratulated ICHCAP for the launching of the ICHLinks and was confident that the portal will be a powerful platform for ICH information-sharing and networking among the countries in the Asia-Pacific region.

ICHLinks will help to promote the rich and colourful arts, culture, and heritage of Sarawak to the world. He hoped that the projects will be implemented successfully in close cooperation with ICHCAP.

ICHLinks (https://www.ichlinks.com) contains information of more than 1,000 ICH items from the countries in the region, as well as extensive data on ICH videos, photos, sound materials, books, related institutions, and expert information.

In addition, it offers map-based services related to international ICH, as well as thematic content such as travel, exhibitions, stories, and events.