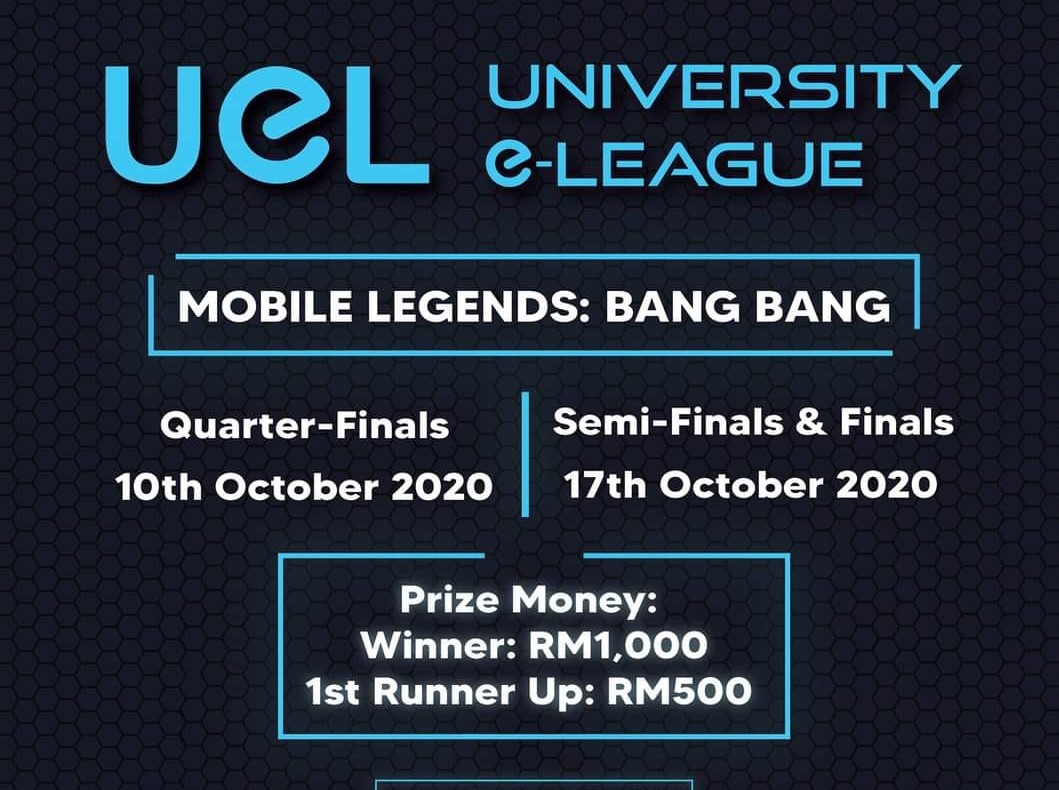 KUALA LUMPUR: Eight local universities will compete in the country’s first University E-League (UeL) tournament, slated to be held from Oct 10 until Oct 17.

UeL 2020 organiser, Prime Sports International (PSI) Sdn Bhd in a statement issued today, said the inaugural league will start with the quarter-final round on Oct 10, followed by the semi-finals and finals on Oct 17.

“With the main goal of introducing a new university e-sports culture where students, faculty members and alumni are behind to cheer for the teams, the UeL aims to provide a platform for universities, and their teams to shine and compete with each other in a safe and structured environment,” it said.

“The UeL aims to circumvent the over-reliance on offline tournaments, working within the confines of new rules and regulations whilst simultaneously keeping the e-sports spirit alive,” the statement added.

The champion of the tournament, would be awarded with RM1,000 in cash, whereas the runner-up would receive RM 500 as well as prizes courtesy of Domino’s Pizza and 100plus.

All the matches will be broadcast live on the UeL’s Facebook page @UeLMY on Oct 10 from 3.30pm to 11.30pm, with two hours allocated for each match. – Bernama