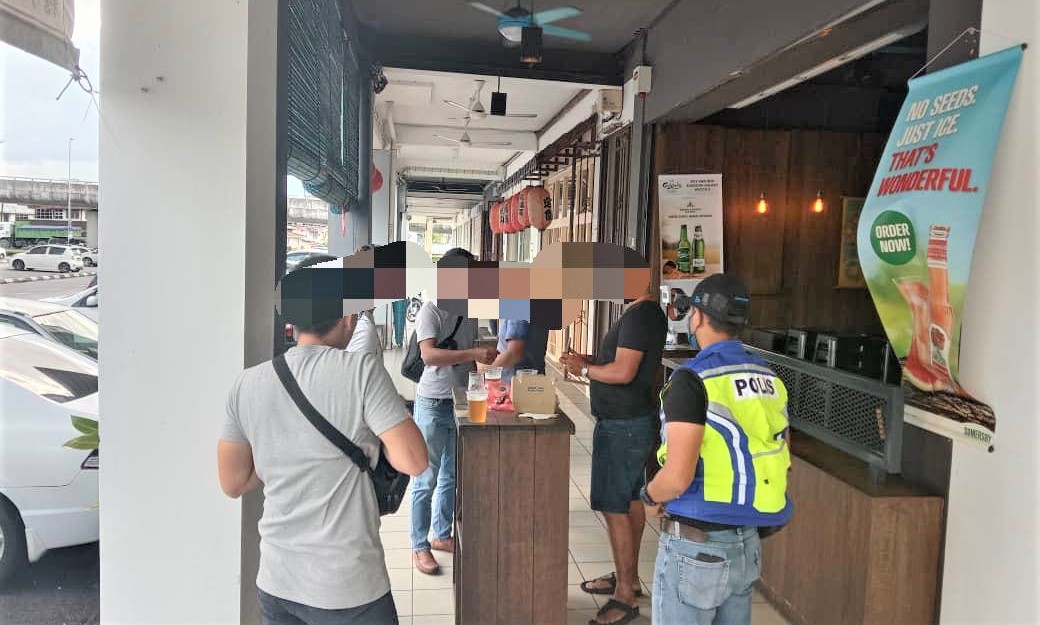 KUCHING: Four errant individuals were issued compounds amounting to RM16,000 after police caught them dining in a café and bistro premises at Jalan Song last Saturday.

Acting Kuching police chief Supt Merbin Lisa said the compounds were issued to the flouters after a compliance monitoring team raided the premises around 3.15 pm.

“Three men and a woman including the premises owner aged between 38 and 49 were caught violating the conditional movement control order (CMCO) standard operating procedures (SOPs).

In another development, he stated that a total of 70 compounds were issued from May 17 to 22 to individuals comprising 52 men and 18 women who failed to comply with the CMCO SOPs.

The violations include failing to scan using the MySejahtera app, failing to practice physical distancing, and failing to wear face mask in public.

Merbin stated that throughout the period, 22 inspection reports have been made and they (inspections) were conducted at eateries and public spaces around the city.

“The main offences were failing to practice physical distancing and failing to wear face masks in public,” he said.

The compounds issued under the Prevention and Control of Infectious Diseases Regulations (Measures in Local Infected Areas) No.4 2021 must be settled at the district health office (PKD) within 14 days.