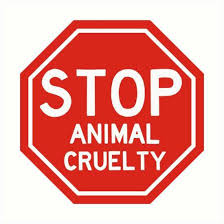 KUCHING: A man was arrested by police yesterday for allegedly trapping and killing a cat at his house at Jalan Ensing Timur, Batu Kawa.

He said they received a report from a complainant who took videos and pictures of the dead cat with a noose on its neck on May 6. The trap and the noose were attached to the suspect’s house gate.

Following the report, the suspect was arrested and brought to the Batu Kawa police station for questioning.

“During questioning, the suspect denied he had committed animal cruelty which led to the cat’s death.

“However, he admitted to have set a trap made from nylon strings to trap the cat. He claimed that the animal had scratched his car and excreted in front of his house,” said Aidil.

He added the suspect was not aware that such actions could lead to the cat’s death.

The police were informed by the suspect that the nylon trap and the cat’s carcass were disposed of in a rubbish bin on the same day.

The case is being investigated under Section 429 of the Penal Code for killing or maiming an animal.