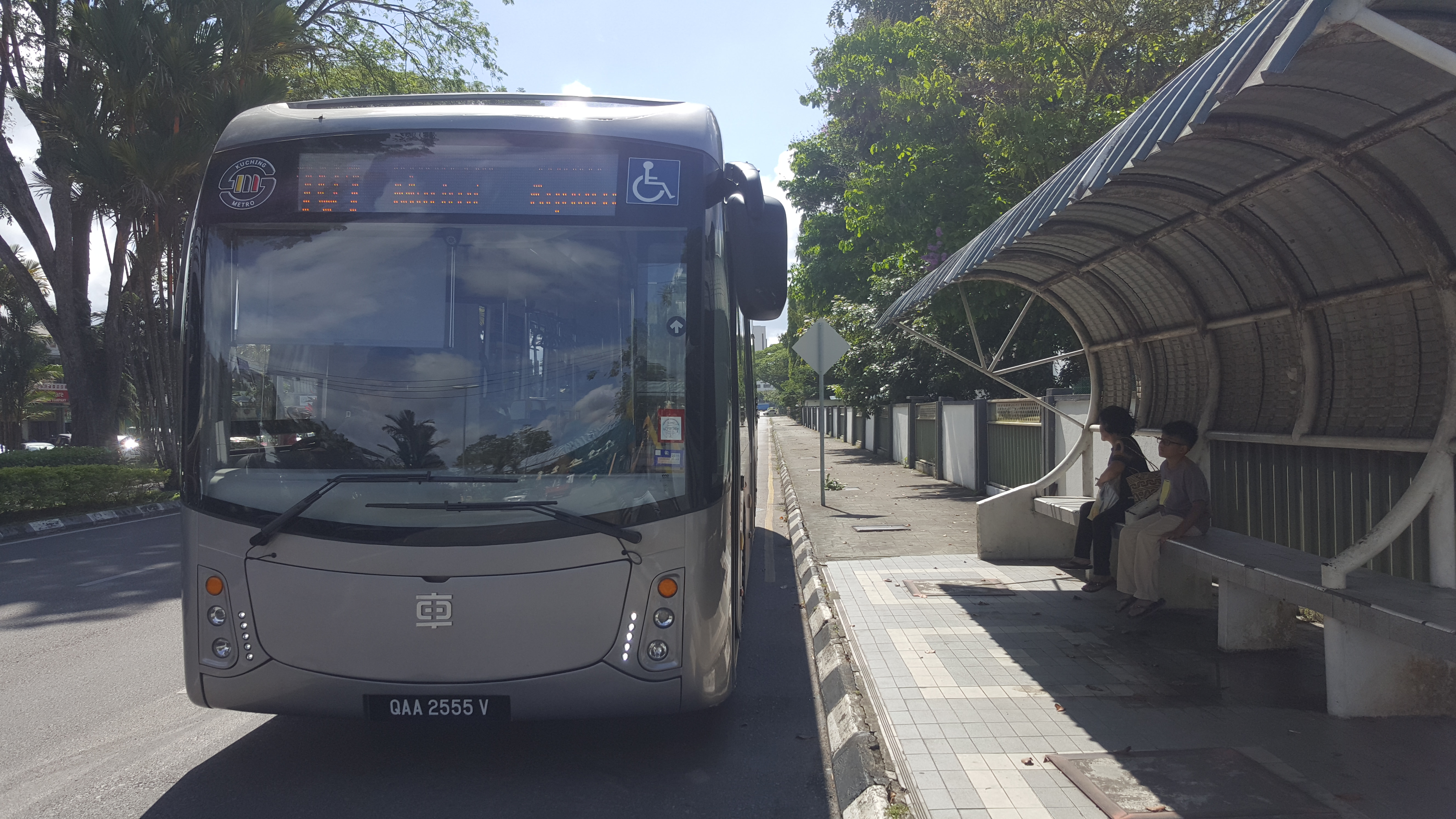 Would you like to take a free tour of Kuching City for 30 minutes on board the first electric bus in Sarawak?

It has been awhile since I last used public transport in the city. Having heard so much about the new attraction, yesterday I decided to board the electric bus for the first time. 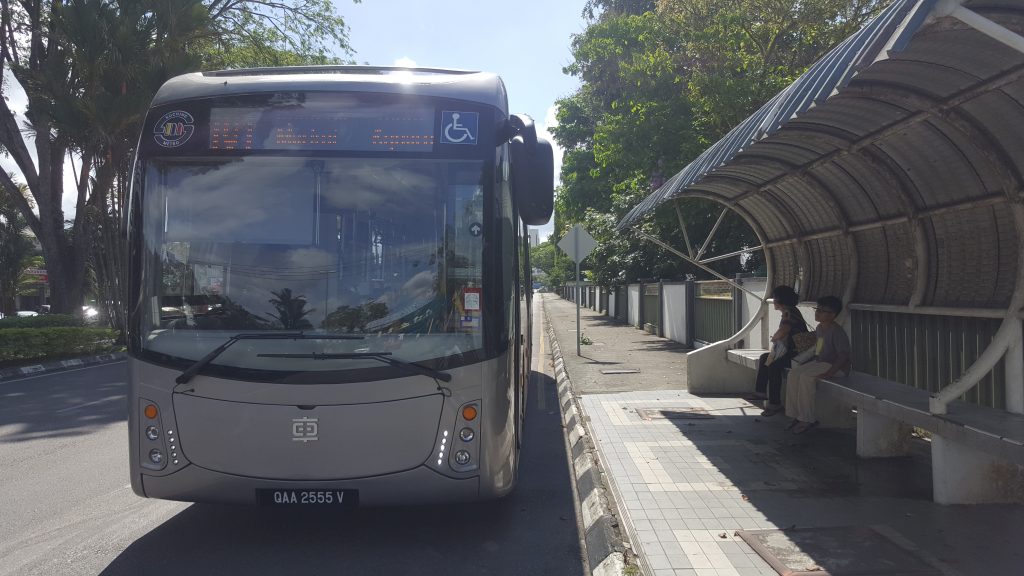 Electric bus 101 at the SJK Chung Hua No 3 bus stop at Padungan Road.

The electric bus, manufactured by the CRRC Corporation Limited, was officially launched on March 1 this year by Henz Pacific Sdn Bhd Company.

The bus covers 26 stations, including famous landmarks in Kuching City such as the Open Air Market, the Kuching Waterfront and the Sarawak Museum. 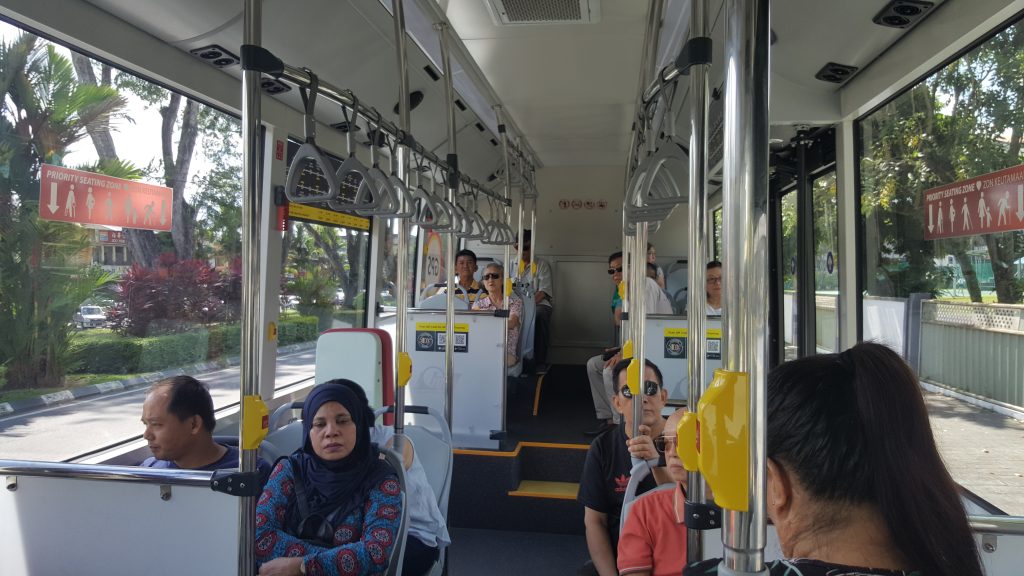 Passengers inside the electric bus.

Yesterday, I waited at the bus station near SJK Chung Hua No.3 at Padungan Road for the electric bus.

While waiting for it to arrive, I thought about my school days when I used buses to go to school and everywhere.

In those days, bus stops were noisy and crowded with people from all walks of life.

At 10am sharp, finally the electric bus bearing No 101 arrived. To my surprise, it was packed with passengers. The bus even had a driver!

I took the first seat besides the driver in the bus because I wanted to talk to him. Kuan Fung, 49, has  20 years’  experience driving from Kuching to Miri and from Kuching to Pontianak, Indonesia.

“This bus is powered by dynamo battery cells, which are eco-friendly and equipped with safety features.

“It has received good response from the public, encouraging the company to ply more routes in the city,” he said.

After interviewing the driver, I moved to the back seat because I wanted to take different pictures of the city as the bus moved along. Before the journey ended, I also moved to a seat in the middle of the bus.

As the electric bus went around Kuching City, I realised there had been a lot of development which I did not notice before. 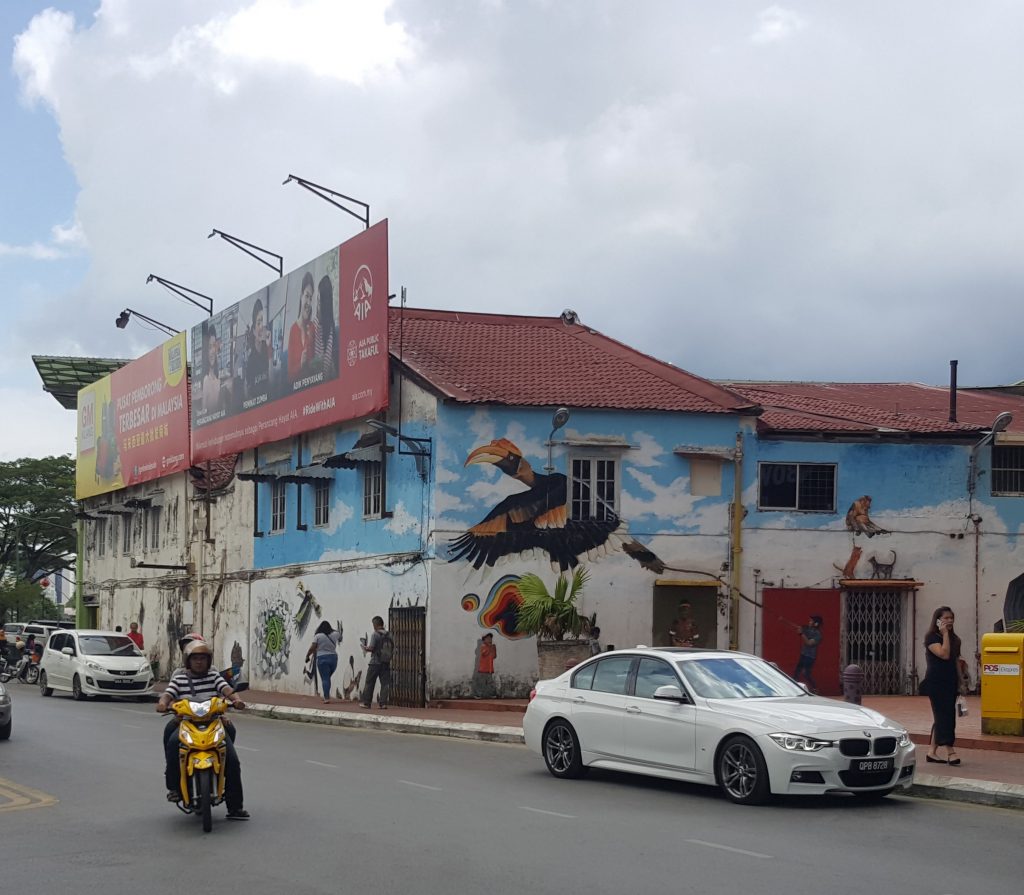 The city tour will take you past this mural at the Open Air Market building.

I also realised some passengers were getting acquainted with each other. That, I thought, was quite a rare sight because usually passengers would be too busy “texting” their friends or browsing the social media via their smart phones.

Yesterday was a hot day but it was cool and cosy inside the air-conditioned bus.

It was easy for the passengers, particularly tourists to take snapshots of Kuching City as they travelled on the bus because of the wide and clear windows.

Some of the famous landmarks that I saw on board the bus were the Old Steamboat Wharf Building along the Kuching Waterfront, the Old Court House and the Old Post Office Building, built during the Brooke Dynasty era. 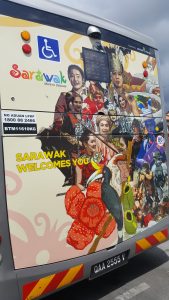 The colourful advertisement at the back of the electric bus.

My electric bus tour ended at the main bus stop situated at the Open Air Market, Jalan Market. This is a good place for tourists to take the bus for the free city tour. While waiting, they can drink and eat at any hawker stall in the market.

Before taking the tour, however, it is advisable for you to download the “Kuching Metro App” which shows the time and location of the bus on your smart phone.

I would also recommend that you bring along a pair of sweaters because it can be quite cold in the air-conditioned bus.

If you are free, why don’t you and your friends go on a free tour of Kuching City on board the first electric bus in Sarawak? Believe me, it can be quite a memorable experience.