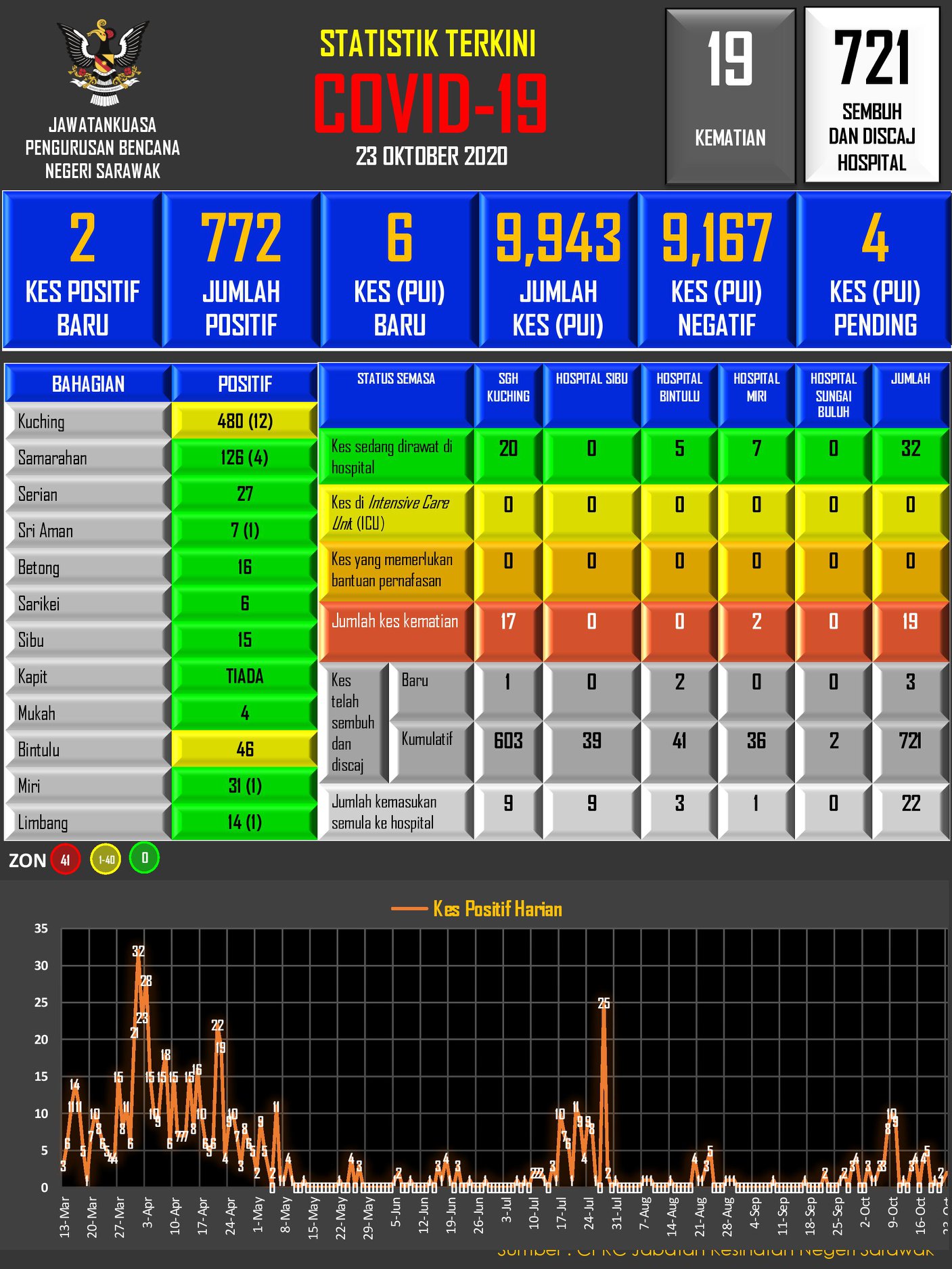 According to Sarawak Disaster Management Committee (SDMC), Case 771 is a local ‘kuih’ seller. He underwent screening at a private hospital on Oct 22 after having difficulty going to sleep.

Case 772 is a female China citizen who was screened at a private hospital on Oct 22 prior to going back to her country.

“The test results for both cases came back positive on the same day,” it said in a statement.

SDMC also mentioned that both cases did not have a history of travelling abroad or visiting Covid-19 high risk spots, nor are they close contacts of any positive case.

Both cases have been admitted to Sarawak General Hospital (SGH) to receive treatment. Contact tracing and further investigation for the cases are still going on.

“Until the sources of infection are identified, these cases will be categorised as local based on their history of movements,” it added.

As of today, 32 cases are still being treated at hospitals — 20 in isolation wards at Sarawak General Hospital, seven in Miri Hospital and five in Bintulu Hospital.

The death toll in the state remains at 19 or 2.46 percent as no recent deaths were reported.

Kuching, and Bintulu are yellow zones at present, while 38 other districts in the state remain green.

260 schools to be relocated to higher grounds

Unregistered women entrepreneurs to be identified