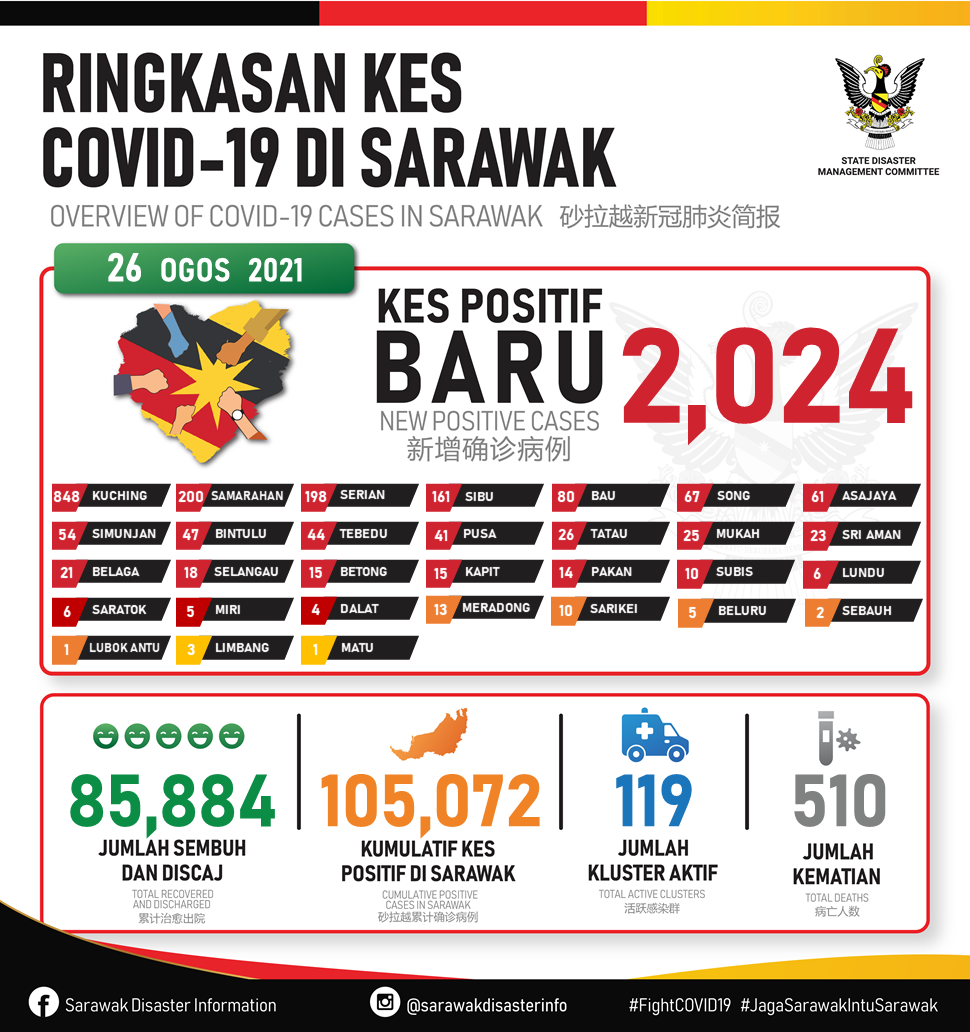 The Sarawak Disaster Management Committee (SDMC) said 2,021 cases (99.85 percent) comprised Category 1 and 2 while one case was in Category 4 and Category 5 had two cases.

There were six cases recorded in Lundu and Saratok respectively; five each in Miri and Beluru; Dalat (four); Limbang (three); Sebauh (two) and one each in Lubok Antu and Matu.

There were 323 cases from other screenings at health facilities and two Import B cases from individuals returning from Sabah and Selangor respectively.

On another note, the committee said there were 415 new recovery cases discharged from hospitals and low-risk quarantine and treatment centres (PKRC) statewide.

These bring the number of recovered and discharged cases to 85,884 or 81.74 percent of the total number of cases in Sarawak. There are still 18,484 active cases remaining.

The committee also disclosed that the state recorded two new fatalities, pushing the death toll to 510.

The 509th death involved a 78-year-old man from Kuching who was confirmed positive on Aug 24.

The 510th death was a 85-year-old woman from Kuching who was confirmed positive on Aug 22. Both of them passed away at the SGH.