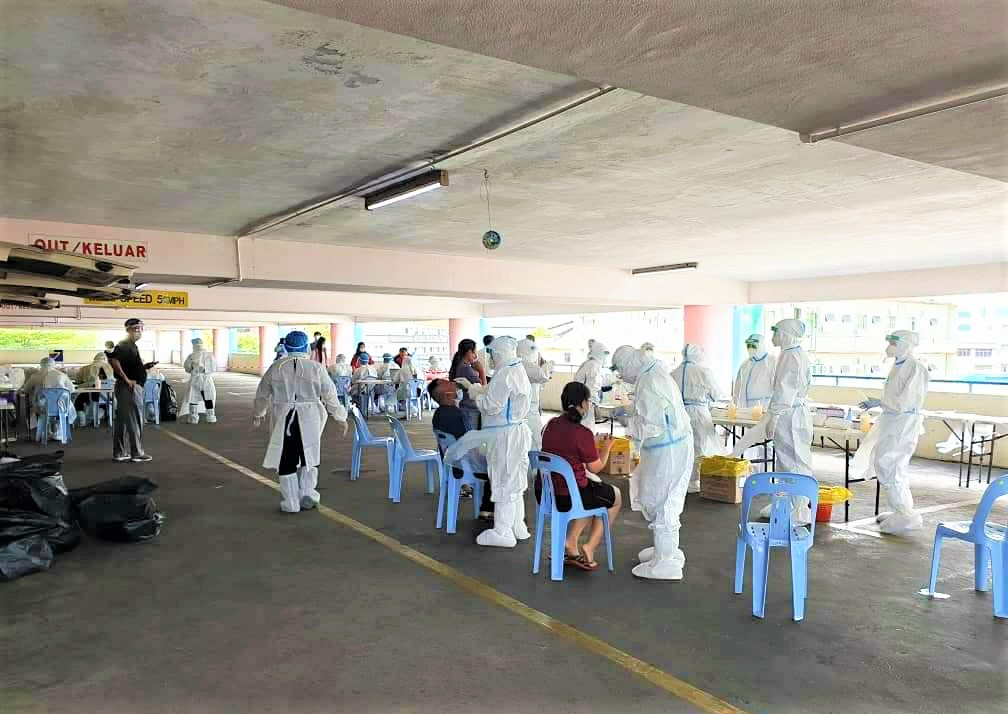 SIBU: The recent increase in Covid-19 positive cases in areas under the administration of Sibu Municipal Council (SMC) has been very worrying.

Its chairman Counsellor Clarence Ting Ing Horh said that the positive cases recorded on Friday (Feb 19) in Sibu were 126 cases and whereby 70 cases were from SMC area and 27 cases involved Sibu Jaya area which was under the administration of Sibu Rural District Council (SRDC) while the rest were other screenings.

“This time the case is more concentrated in the urban areas. This is very worrying. Cases in rural areas have been seen to be declining and the virus has started to spread in urban areas,” he said when met by reporters after surveying the Covid-19 screening at SMC multi-storey parking building, at Jalan Wong Nai Siong today (Feb 20).

The screening was conducted for residents at risk in the Zone 7 area under SMC administration, which has been declared as an area that recorded many positive Covid-19 cases.

“Therefore, the Ministry of Health Malaysia (MoH) will close the drive-through Covid-19 screening counter at the Sarawak State Library Sibu branch starting Monday (Feb 22) to enable them to hold a large-scale ACD in urban areas,” he said.

Ting said ACD will be intensified on the zones that are found to have recorded the highest positive Covid-19 cases through its daily reported cases.

“SMC with MoH has arranged an ACD schedule where from Saturday (Feb 20) until Sunday (Feb 21) from 10am to 2pm, it will be held here at the SMC multi-storey parking building.

“We are targeting residents from Jalan Hua Kiew to Jalan Tiong Hua in Zone 7 to be screened,” he said.

On Feb 22 to 23 from 10am to 2pm, Ting said the residents from Zone 15, namely Kampung Sentosa will be screened at Taman Rimba, Bukit Lima.

“At the same time, on the same date and time at Taman Tasik Permai, the residents of Zone 28, namely Permai and Kampung Jeriah areas will be screened,” he said.

On another note, Ting said SMC and the MoH would not compromise with any individual who refused to be screened.

“This time we will act decisively. All residents in the zones mentioned earlier must undergo the Covid-19 test at a venue near them,” he said.

To ensure the compliance of the residents, he said the police and army will be on the ground to assist.

“We will go from door to door in the respective zones to bring the residents to get tested,” he said.